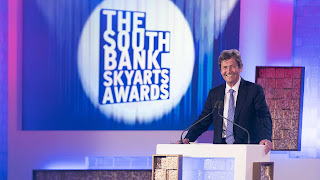 The nominations for this year's South Bank Sky Arts Awards have been announced. Susan Omand picks her winners from the list...

Having faced one of their toughest years ever, a host of talent from across the arts industry is set to be celebrated next month at the South Bank Sky Arts Awards. Now in its 24th year, the annual ceremony will take place next month at the London Coliseum in a new, socially distanced format.

Hosted by Melvyn Bragg, the South Bank Sky Arts Awards is the only Awards ceremony in the world to acknowledge and celebrate every genre of the Arts, including Dance, Classical Music, Comedy, Film, Literature, Opera, Pop, Theatre, TV Drama and Visual Art.

On stage, Sheffield’s renowned Crucible Theatre boasts two separate nominations in the Theatre category for new plays Standing at the Sky’s Edge, directed by Robert Hastie with music by Richard Hawley, and Life of Pi, directed by Max Webster. They go head to head with The Jamie Lloyd Company’s production of Cyrano de Bergerac at the Playhouse Theatre, directed by Jamie Lloyd and starring James McAvoy in the title role.

Meanwhile in Classical Music, Edinburgh International Festival’s performance of Götterdämmerung, from Sir Andrew Davis and the Royal Scottish National Orchestra is nominated alongside the Thomas Adès Concerto for Piano and Orchestra, performed by the London Philharmonic Orchestra with the piano soloist Kirill Gerstein. The final nominee in the category is the world premiere of the Thea Musgrave Trumpet Concerto, from the Cheltenham Music Festival and CBSO, based on a series of paintings by Scottish artist Victoria Crowe.

The Opera nominees include Lady Macbeth of Mtsensk from Birmingham Opera Company, directed by Graham Vick and conducted by former Times Breakthrough nominee Alpesh Chauhan, and Katya Kabanova, a story of love and loneliness from The Royal Opera. They are up against the dark and beautiful fairy tale of isolation and enchantment, Iolanta, from Opera Holland Park.

In Visual Art, Tracey Emin’s A Fortnight of Tears at White Cube is nominated alongside Only Human, the Martin Parr exhibition at the National Portrait Gallery, and Steve McQueen’s celebrated Year 3 project in collaboration with Tate Britain, Artangel and A New Direction, which appeared on billboards across London.

Promising artists at the start of their career will be celebrated in The Times Breakthrough Award. A clear marker for stars on the rise, it has been previously awarded to actors Jessie Buckley and Tom Hiddleston, grime and hip hop artist Stormzy and extraordinary cellist Sheku Kanneh-Mason. This year, Dafne Keen, star of the BBC’s His Dark Materials, Candice Carty-Williams, author of bestselling novel Queenie and dancer Paris Fitzpatrick are among the young hopefuls competing for the prize.

The final award is the Outstanding Achievement Award, the winner of which will be revealed on the night. This award recognises the remarkable contribution an artist has made to the Arts, throughout their career to date. Previous winners include Harold Pinter, Judi Dench, Andrew Lloyd Webber, Benedict Cumberbatch and last year, Sir Lenny Henry.

Melvyn Bragg said, "This year's Awards will inevitably be a very different sort of event for very different circumstances, but nonetheless will be an inspiring and uplifting celebration of the remarkable talent and strength of many artists at the peak of their powers. The diverse and eclectic list of nominees in every category proves that there is much to enjoy in the Arts - even in the toughest of times."

Phil Edgar-Jones, Director of Sky Arts and Entertainment, added “When I look at the list of nominees for the South Bank Sky Arts Awards it’s simultaneously inspiring and heart-breaking. The talent and creativity on display is awesome but at the same time makes our lost 2020 more poignant and reinforces how much we need and miss our brilliant artists, actors, musicians, dancers and all-round entertainers."
The awards will be free for everyone to watch on Sky Arts, Freeview channel 11, at 8pm on Sunday 20th December.

Here's the Full List of Nominees with Susan's predictions [guesses - Ed] of who will win. Time will tell... 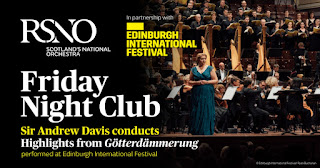 Dance - a difficult category as I really enjoyed all of these. Happy if any of them get it.
Victoria - Northern Ballet
Ingoma - Ballet Black
Matthew Bourne’s Romeo and Juliet - ** Will Win ** (because Matthew Bourne)
A New Adventures Production 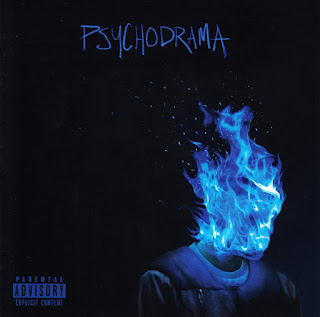