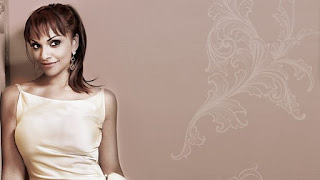 In what promises to be a poignant moment of remembrance, reflection and ultimately hope at a time of national crisis, BBC Two is to broadcast Mozart's Requiem from English National Opera (ENO) on Saturday 14 November at 7pm...

Presented by Danielle De Niese, this broadcast continues the BBC’s commitment to supporting live music at a time of enormous challenge for venues and musicians, and to bringing great performances to wide audiences when attendance is prohibited due to the Covid-19 restrictions.

Performed and recorded specially for a lockdown television audience at the London Coliseum, Mark Wigglesworth makes a welcome return to the podium to conduct the award-winning ENO Chorus and Orchestra and a stellar line up of soloists: Elizabeth Llewellyn (soprano), Dame Sarah Connolly (Mezzo Soprano), Ed Lyon (Tenor) and Gerald Finley (Bass).

This much-anticipated performance of Mozart’s choral masterpiece was scheduled to take place in front of a live audience, but the recent lockdown restrictions in England have made that impossible and it will now be staged - following the Government safety measures for the performers, crew and presenters and TV production teams - especially for this broadcast.

Jan Younghusband, Head of Music Commissioning, said “Mozart’s Requiem is music of tremendous compassion and power and we are delighted to support ENO in bringing it to a national audience on BBC Two at this time.”

Stuart Murphy, CEO, ENO, added “We are so excited that BBC Two will be broadcasting Mozart’s Requiem from English National Opera to audiences up and down the country. As we enter a second national lockdown, this year continues to be a very difficult time for arts institutions. ENO is determined to continue to make opera for everyone despite the current challenges, and the BBC’s support in enabling us to do this has been brilliant.”