Turn That Noise Down - The La's 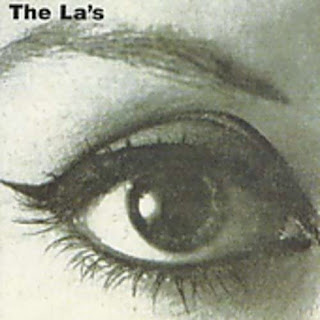 So many well-known albums turn 30 this year and Steve Taylor-Bryant and Susan Omand travel back to 1990 to revisit some of the sounds of their youth that made parents shout "Turn that noise down!" This week, There She Goes as Susan listens to The La's...

I know precisely one song by The La’s. I think so do a lot of people so, when their eponymous (and only) studio album came up on our 30 year retrospective, I wanted to try and expand my knowledge of the band by giving it a listen.

Son of a Gun is the first track and its intro delves straight into psychedelic hippidom and reminds me of Age of Aquarius but it soon settles down into a trundly jangly poppy thing, although the abrupt stop did wrong-foot me a bit. I Can’t Sleep is next and, if it wasn’t for the oddly disconcerting thumps in the percussion that were irritating rather than interesting, this could easily be early sixties Merseybeat. Not surprising I guess since Liverpool is where the band hails from, although Lee Mavers’ vocals is more reminiscent of Freddie Garrity of Freddie and the Dreamers for me. Timeless Melody is another throwback sound, with a simple (although maybe not timeless) melody, jangly guitars and close harmony. However, it is lifted above the completely mundane by the guitar break in the middle which hints at a darker psychedelia. Liberty Ship has a much more interesting rhythm in its intro before it settles but I can’t help thinking back to The Who with this one. The guitars are plinky rather than jangly [tech terms – Ed] and I really wanted it to drop into something a lot rockier afterwards. However, next we got the one song from the album that I did remember – There She Goes. There’s not really a lot I can say about it tbh – back in the autumn of 1990 the song was EVERYWHERE, and has featured regularly in film and TV soundtracks ever since, and I must admit, even then, it started to grate quite quickly on me.

Doledrum is lyrically clever but feels very Sixties protest song and, although I can see that it may have influenced the Britpop/Oasis whine, but this is not necessarily a good thing. Feelin’ is just The Monkees' Daydream Believer over again and Way Out is an end of the night pub band song, ironically in the middle of the album. IOU is simple sixties rock and roll, complete with ubiquitous key change, and Freedom Song seems deliberately clunky, Cabaret-esque and, although I liked the Gregorian Chant undercurrent, it’s still not unexpected. At Failure we finally get something a bit meatier - like discovering The Doors after listening to The Kinks - and it’s a refreshing interlude for me. Looking Glass rounds out the original album and is a return to the simplistic tinkly hippy stuff, albeit a more acoustic ballad scenario at the start before the kaleidoscopic jingly janglies kick in and it goes all noise [again, technical terms – Ed], but not in a good way, by the end – all very late 60s Beatles.

I think that’s the main problem with this album for me – as a fan of sixties music, I felt that it’s all been done before, there’s nothing innovative, nothing that made me sit up and take notice. The songs are ok, muzak-y in bits, inoffensive in general, but everything sounds like something else from back in the day, just not as good. They didn’t have their own style or put their own spin on anything; even though all the songs are original compositions they kind of sound like covers.

I won’t subject you to There She Goes because you probably have it in your head by now anyway. So, instead, here’s the song I enjoyed most this time, with a title that sums up the album for me. Failure.
Image - Amazon
Email ThisBlogThis!Share to TwitterShare to Facebook