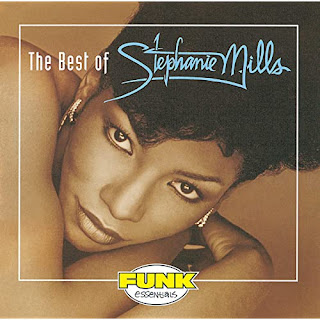 Inspired by our series of articles looking back at music released 30 years ago, Jimmy Hunter takes a step further back in time to give us a Song of the Day 1980. This week, he Never Knew Love Like This Before [awww! - Ed]...

You’d be forgiven for this that this week’s artist was a one hit wonder as she really only bothered the UK charts once. But that once was enough to bring her to the attention of a new UK audience that until now, had largely been unaware of her presence.

This week I’m listening to Grammy award winner Stephanie Mills’ UK top 5 hit, Never Knew Love Like This Before. Yes, she won a Grammy award in 1981 for best vocal for this record and whilst that may seem unremarkable, give it a chance.

The previous year, on the back of several award winning years on Broadway starring in The Wiz (to be replaced by Diana Ross in the film) she released what I think is a classic piece of R&B ( Whatcha Gonna Do With My Lovin’ ) and this paved the way for the success of this single.

Starting with plinky-plonky cliché keyboards we move quickly into a smooth R&B bassline and a melody that, in itself, is the hook. Not surprising then that this became her biggest commercial hit. There’s nothing frenetic about this, there’s not a crescendo and there’s no diva-type belting vocals yet her voice displays an unexpected agility and range.

She had critical success over 3 years with the same writers and producers (Reggie Lucas and James Mtume) whose credits are long and numerous and include the great and the good of R&B and more and yet despite this, she managed to evade commercial success. Somewhat like Sister Sledge, almost missing the spotlight and easily overlooked, it’s a shame that people outside of the knowing dancefloors and fans of this genre missed out.

Give it another go, then and see what you think. This is the official video to the single that I’ve not watched from the time it was on Top of the Pops to the time recently when I began researching this, but always remembered her singing on the bridge in what I’m assuming is NYC’s Central Park.