News - Portrait Artist of the Year 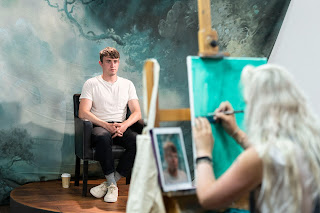 For the seventh series of PAOTY a new batch of amateur and professional artists chosen from thousands of entrants, compete to see who has what it takes to impress our distinguished judges – Tai Shan Schierenberg, Kathleen Soriano and Kate Bryan. We welcome another 24 distinguished writers, actors, musicians and TV personalities to sit for the portraits. The series was recorded within strict safety protocols at Battersea Arts Centre.

Nine artists compete in each heat, and heat winners go on to paint Booker-prize winning author Bernardine Evaristo in the semi-final. The three finalists have a few days to paint a commission, and then compete to portray the brilliant comedian and raconteur Eddie Izzard. This season’s Portrait Artist of the Year winner will receive a £10,000 commission to paint world-famous ballet dancer and Director of the Birmingham Royal Ballet Carlos Acosta, which will be exhibited at the Birmingham Museum & Art Gallery. 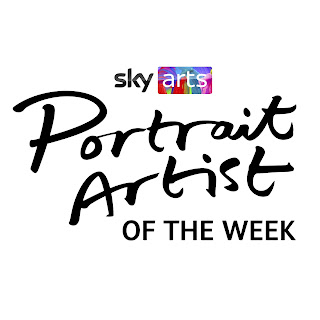 Following its huge success during lockdown, Portrait Artist of the Week (PAOTW), has been confirmed to return to @SkyTV Facebook, as well as airing on Sky Arts in the same weeks as the flagship series.

PAOTW is a unique live-streamed paint-along version of the main series, and the first event during lockdown received over 20,000 entries from all parts of the world including Pakistan to Ecuador to the UK. PAOTW features celebrity sitters in their own homes, with one of the finalists from the main series painting live via Facebook. Artists at home are invited to submit their final portrait to the judges through social media using the hashtag #MYPAOTW.

At the end of each week judges choose three of their favourite portraits to feature on the following live programme, and the judges also pick out their favourite 3 portraits painted by children. The pilot series reached more than 4.6 million people, with sitters including Noel Fielding, Will Young, Bernardine Evaristo, acclaimed dancer and choreographer Akram Khan and broadcaster and journalist Clare Balding.

The welcome return of the show comes as part of Sky Arts mission to increase access to, and drive participation in the arts in all its forms. Sky Arts is the UK’s only channel dedicated to arts and culture, and is now free for everyone, at a vital time for the cultural sector. Sky Arts will embark on an ambitious programme of activity to support and champion the arts – putting artists, creatives, and public participation centre stage on a channel that everyone across the UK can watch on Freeview.