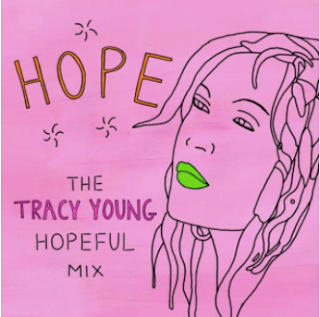 With less than a month to go until the monumental high-stakes U.S. election, Cyndi Lauper has enlisted GRAMMY-winning producer/remixer Tracy Young to create an amped up version of Hope. Here's the video...
Press Release
“There is so much going on right now - from the Coronavirus, to the perpetual mistreatment of our Black and Brown brothers and sisters, to the abhorrent targeting of our LGBTQ community, to the divisiveness that’s happening in this country. No matter what side of the aisle you’re on - in the U.S. or around the globe - we're all human beings and I believe we all want the same things - unity and peace,” said Lauper. “We have to remain hopeful that things will get better. That’s why we march, we speak out, we fight for each other’s rights, and it’s why we vote.”

This thumping take on Lauper’s Hope single from 2019 was created by Tracy Young, who made history in January when she became the first woman to win a GRAMMY Award for Best Remixed Recording.

Lauper and Young have previously worked together, on this searing remix of Shine. The Hopeful Remix arrives with a video created by the talented young London-based animator Harifa, who has previously collaborated with Lauper, Ciara and more. The ultimate take-away? “Don’t give up.”

“One of the things that I love about this project is that it really spans generations,” said Lauper. “You have three strong, creative women – me, Tracy, and Harifa – coming together to make magic.”