Turn That Noise Down - The Rembrandts 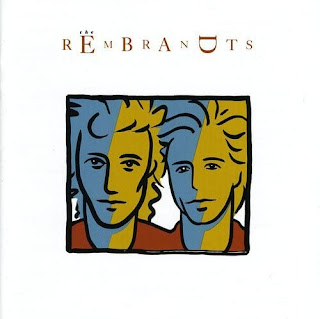 So many well-known albums turn 30 this year and Steve Taylor-Bryant and Susan Omand travel back to 1990 to revisit some of the sounds of their youth that made parents shout "Turn that noise down!" This week, Susan doesn't win any friends...

Love it or hate it, everybody knows a Rembrandts song, even if they don’t know it was by them. However, that song is not on this album because that was 1995 not 1990. Ah.

I must admit that this is one of very few TTND albums this year that I hadn’t heard before now and I picked it from our list because I thought it would be all happy clappy bouncy music like said TV theme and, well, it isn’t. Even if you imagine yourself back in 1990 [if you can remember that far back – Ed] the music would feel dated even then rather than being timelessly classic. Some of the songs have shades of Elvis Costello, The Eagles or ELO [other bands beginning with E are available – Ed] about them which is not a bad thing but it’s by no means “the sound of the 90s.” In a lot of cases, it’s not even the sound of the 80s and does nothing for me more than remind me of a passable pub covers band – trundly 70s easy listening that’s okay for very background music to talk over but neither inspiring nor danceable. Sorry.

There is a saving grace on the album though… oh wait, no there isn’t. It’s muzak – instantly forgettable wallpaper. So, here’s the one by The Rembrandts that you do remember. Get ready for the clapping...
Image - Amazon