Turn That Noise Down - INXS 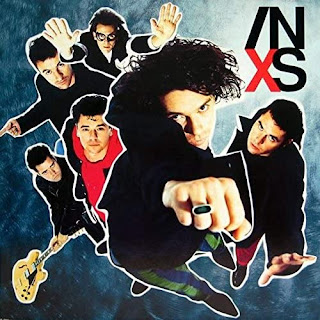 So many well-known albums turn 30 this year and Steve Taylor-Bryant and Susan Omand travel back to 1990 to revisit some of the sounds of their youth that made parents shout "Turn that noise down!" This week, Steve's listening is sealed with an X ...

Following up the career defining Kick album was never going to be an easy task for INXS. Since they burst on the scene in 1980 the Australian band had journeyed higher than most bands and in '87 found themselves top of the pile, almost untouchable as kings of the music world. Then a strange thing happened. After 6 albums in 7 years the band took three years off to work on what would become X, named as the band were celebrating their 10th year. A three year hiatus was almost unheard of in 80’s music without a band breaking up but the three year break and the turn of a new decade was most certainly kind to Michael Hutchence and his cohorts and X was as good as if not better than the releases that preceded it.

Charlie Musselwhite’s now iconic harmonica on Suicide Blonde kicks off 42 minutes of the most beautiful memories, moments of musical mastery, and proof that bands can grow and develop subtly because on first listen X is both reminiscent of Kick and also a departure. There isn’t one weak track on X, it spawned four memorable singles, a single that I vaguely remember was only released in Holland, and the XS tour that culminated in me in Wembley Stadium in the summer of 91 having one of the best times I’ve ever had at a live concert.

The changing times, the advent of grunge, and Michael Hutchence's lifestyle led to a downturn in the appeal and success of INXS but I will always remember the gig and I have so much love for X. How can you not enjoy an album that after Suicide Blonde contains such gems as By My Side, Bitter Tears, Disappear, and Who Pays the Price?