Turn That Noise Down - George Michael 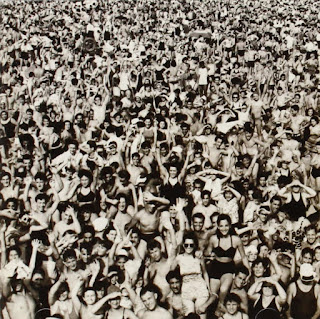 So many well-known albums turn 30 this year and Steve Taylor-Bryant and Susan Omand travel back to 1990 to revisit some of the sounds of their youth that made parents shout "Turn that noise down!" This week, Susan Listens Without Prejudice...

I have written about George Michael’s first solo album, Faith, [here – Ed] before now and mentioned at the time that it was an album where he had not yet found his feet as a solo artist. Well, for me, Listen Without Prejudice Volume 1 is the album that did finally give him the break away from Wham poppiness that he needed to firmly establish himself as a solo superstar. There is a much more polished, more mature sound to this album and the confidence that is much in evidence is that of a man who has grown into his voice and knows he is now so much more than just a pretty face.

This is an album to listen to rather than dance to. From the gorgeous single Praying for Time to “the slightly too commercial but still good enough for a David Fincher video” Freedom remix there are five singles altogether on a 10 track album. However, it still wasn’t as popular as Faith which, to me, shows George Michael’s evolution as an artist; taking the risks and not relying on his Wham fanbase to lap up the same old same old. Something to Save is a lovely acoustic folky ballad that backs up a simple melody on acoustic guitar with an interesting string section and tambourine instead of full on percussion. Cowboys and Angels was another single and, although it has that chart “acceptability” including the requisite easy listening sax solo, its much jazzier sound meant that it didn’t actually hit the top 40. Waiting For That Day is next and, yes, it does kind of sound like You Can’t Always Get What You Want from the Stones that caused legal wrangles at the time, but it is much more of a homage than a blatant copy. Mother’s Pride was the b side to Waiting For That Day and, for me, is a better track, even with the pan pipes. Lyrically full of emotion, it was a big hit in the States with Gulf War associations. Heal the Pain is the final single on the album, a light acoustic affair that is more upbeat than a lot of the songs on the album and it’s followed up by Soul Free which is probably the funkiest song on the album other than Freedom, with latin rhythms, brass and synth being a world away from a lot of the more laid-back jazz inspired sounds earlier in the listing. The album closes out with a reprisal of Waiting, making a fitting end to a volume one that never got the promised volume two, for reasons known only to the record company accountant.

Although most of the songs on the album were written by George Michael himself, it’s actually a cover version that is my favourite track; an absolutely stunning gospel tinged cover of the Stevie Wonder hit They Won’t Go When I Go that is pretty much just George Michael’s voice, a piano and an echo of a church choir. Cue the spine tingles and the sadness of knowing we’ll never hear the like again.
Image - Amazon