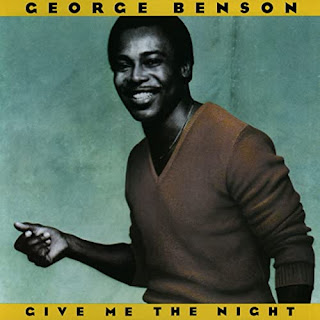 Inspired by our series of articles looking back at music released 30 years ago, Jimmy Hunter takes a step further back in time to give us a Song of the Day 1980. This week, he has a lot of love for George Benson...

Let’s smooth it out – time for a little R&B delivered by the King of Smooth, George Benson. I’ve listened to the album (Give Me The Night) that this comes from quite a lot recently and I’ve been really enjoying revisiting it.

The second single from the album, it didn’t do as well as the title track released earlier in the year and that’s why I’ve picked it. Still a top 10 hit on both sides of the Atlantic however, I always think it’s deserving of more attention than simply ‘the good but not as good follow-up single”.

Love X Love is the kick off track on the album and it’s a great record. It starts with a solid bass and a rhythm that kept the punters down the local discotheque shaking and there’s a reason for that – songwriter, Rod Temperton and producer Quincy Jones: the pair were hitting a peak at this point, both commercially and creatively.

The melody comes into its own as the chorus ramps up and here we have the hook – the sound of Benson’s voice with the echoey backing vocals. But it’s that bass line that carries both the vocal and the melody: like a swan – the bass with the drum is thumpy and jerky yet the melody and vocal sit smoothly on top. [Wut?! – Ed]