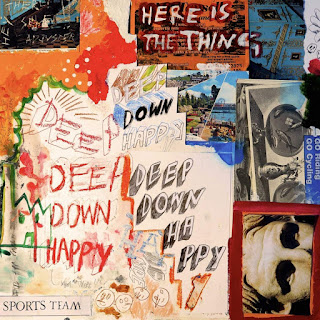 Now artists and labels have rallied together to announce additional limited-edition vinyl releases that will be hitting the racks on the next Drop dates.

Artists who have thrown their support behind the event with new releases include:

Lewis Capaldi said: “It’s been class to work on some really different versions of my music for RSD in the past & it’s such a buzz watching everyone go out in the morning that day to try and find the releases! Excited to get this new album colour way out there to support all of the indie stores over the UK this year!”

Record Store Day is the one day of the year where more than 200 independent record shops come together to celebrate their unique culture and the art of vinyl. The annual celebration is known for its in-store parties, live performances and very limited vinyl releases and was originally scheduled to take place on 18th April.

However, like many music events, organisers were forced to call off the party in light of the COVID-19 pandemic. They went back to the drawing board to adapt the event to accommodate social distancing guidelines and created a series of “RSD Drops” whereby the release list is split across 3 months.

Supporting artists Sports Team said: “Independent record stores have always felt like a support network. Places you can go when you’re in another city and just chat about music. Venues like Elsewhere in Margate, and Banquet Records in Kingston don’t seem faceless, everyone working there is goes out of their way because they’re genuinely passionate about music. They’re the best gigs too, sweaty community.”

The first RSD Drop took place this weekend on 29th August with more than 200 participating indie record shops. Although the live music and large gatherings were noticeably missing, fans still flocked to stores and took part in socially distanced queues and time slots.

And in a one-off move for 2020, indie record stores put remaining product online at 6pm sparking a Glastonbury-esque style rush to secure the limited edition titles. Many releases had sold out across the UK within the hour.

Ben Soothill & Lou Jackson, owners of Wax and Beans in Bury who celebrated their first RSD on Saturday said “We are absolutely elated about our first RSD. Feels like half the North West and beyond turned out to support Wax and Beans - it certainly put a beaming smile on our faces greeting people at 6am when we got there, having no idea if anyone at all was going to turn up. The anticipation of the day was both exciting and nail biting and we had no idea how the day would go or how much support we’d get, but we were truly blown away. Our plans ran smoothly and despite a long (socially distanced) queue, we managed to make sure most people got what they wanted, which was a huge relief. Overall, it was an exhilarating, jam packed day with all our family roped in to help (including a 7 week old baby) and we were so proud of all we managed to achieve. Seeing so many familiar faces, along with some new ones was the icing on the cake. Mega.”

Now shops look forward to the 2nd and 3rd Drops on Saturday 26th September and 24th October 2020 as they return to a “new normal”.
You can find the full list for both the September Drop and the October Drop on the Record Store Day website.
Image - Sports Team Deep Down Happy album cover
Email ThisBlogThis!Share to TwitterShare to Facebook