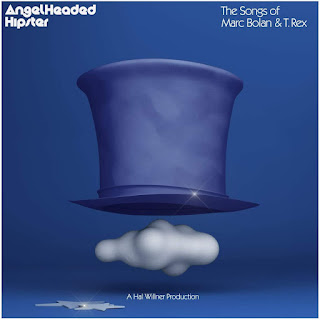 BMG celebrates the genius and pioneering influence of Marc Bolan’s T. Rex with the release of AngelHeaded Hipster: The Songs of Marc Bolan and T. Rex...


A wide-ranging cast of wizards and cosmic dancers have joined together to reimagine Bolan’s work - sometimes in radical fashion - resulting in a collection that is less tribute than bold new work. The collection features 26 songs culled from Bolan’s vast body of work released as T. Rex and Tyrannosaurus Rex from 1968-77.

AngelHeaded Hipster was lovingly created by the late Hal Willner, who passed away on April 7th from COVID-19. As a producer of albums, concerts and even the sketch music on SNL, Willner “bent and shaped the dimensions of almost-popular music” (New York Times) in a career that spanned over four decades. Willner worked on AngelHeaded Hipster for several years, with sessions spanning continents, from New York, Los Angeles and New Orleans, to London, Paris and Berlin. In addition to its tracklist credits, the album features special guests Donald Fagen, Mike Garson, Bill Frisell, Wayne Kramer, Van Dyke Parks and Marc Ribot, with arrangements by Thomas Bartlett, Steven Bernstein, Eli Brueggemann, J.G. Thirlwell and Steve Weisberg.The project was conceived and executive produced by Bill Curbishley and Ethan Silverman. Kate Hyman had the creative vision to ask Hal to produce it.

Marc Bolan was many things - a folk pop troubadour, Glam Rock’s metal guru, a pop star who burned as bright as any, a brilliant guitarist, style icon, poet. He has been famously cited as a major influence by some of the biggest names in music from David Bowie to Johnny Marr. And though he died in 1977 aged just 29, after a car crash in London, he’ll finally be inducted into the Rock & Roll Hall of Fame this autumn with the Class of 2020.