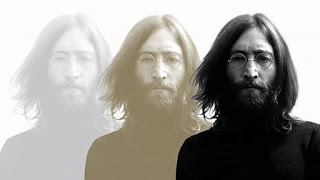 The upcoming 80th birthday of the late John Lennon is to be celebrated on BBC Radio 2 with exclusive new interviews and archive classics...

In a worldwide exclusive for Radio 2, to mark what would have been John Lennon’s 80th birthday, Sean Ono Lennon interviews Julian Lennon, Paul McCartney and Elton John in two-part documentary, John Lennon At 80 to be broadcast on Saturday 3rd and Sunday 4th October, 9-10pm.

And John Lennon At The BBC brings together from the archive, classic performances and interviews (Sunday 4th October, 7-9pm).

John Lennon would have turned 80 years old on Friday 9th October. Hosted by his youngest son Sean in his first ever radio show about his father, this is a celebratory, musical, family portrait of the legendary musician. It sheds fresh light on John’s remarkable life in music - one which created some of the most important musical milestones of the 20th Century - and also delves deep into his incredible back catalogue.

Each of the hour-long programmes journey through his incomparable and prolific musical life as a Beatle, as a solo artist, with Yoko Ono, and as a collaborator. Sean, in conversation with his older brother Julian, bring their unique insights as John’s sons, sharing their thoughts and recollections about their father’s compositions and significant moments. This is the first time the brothers have ever spoken publicly together about their memories of their dad, and the first time Sean has talked about John publicly with his fellow Beatle and song-writing partner, Paul McCartney, and Sean’s godfather, Elton John. The programmes will be made by independent production company, Listen.

Helen Thomas, Head of Station, Radio 2, says: “John Lennon is one of the Radio 2 audience’s most popular and best loved musicians, so we’re thrilled and honoured that Sean’s first ever radio programme in which he talks at length about his father, alongside his brother Julian, Paul McCartney and Elton John, will be broadcast on our network.”

Sean and Julian talk personally about their father and how he taught them about music. Julian recalls his dad buying him a guitar when he was around 11 years old. It helped him get into playing music, and he remembers recording an early school gig which he sent to his dad on cassette. Together, Julian and Sean recall Lennon’s final album, Double Fantasy, with Sean describing it ‘overwhelming’ to listen to because some of his earliest memories are of being in the studio with his dad during the recording of it. They talk about their memories of finding out their dad was a Beatle, and not like everyone else’s dad, with Julian talking about seeing fans at the end of the garden each day when he was two or three years old growing up in England, and Sean recalling similar scenes outside their apartment building in New York.

Paul McCartney shares his memories of meeting John, talking about the combination of him and John, saying: “I look back on it now like a fan, how lucky was I to meet this strange teddy boy off the bus, who played music like I did and we get together and boy, we complemented each other!” Sean asks about his grandma, John’s mum, who had a massive influence on his life and music, but sadly died when John was a teenager. Paul shares some lovely memories; “She was a doll, you would have loved her”, and explains how much she was like John.

About their writing partnership, Sean asks if there were any songs he and John didn’t like or if they struck gold from the beginning? Paul says: "There were a few songs that weren’t very good… you know, clearly young songwriters who don't know how to do it", and then picks up his guitar and plays an example, an excerpt of a Lennon/McCartney track called Just Fun which they never recorded. He goes on to say: "Eventually, we started to write slightly better songs and then enjoyed the process of learning together so much that it really took off." And on whether the Let It Be period (The Beatles broke up soon after) really was as gloomy as the press made it out to be, Paul says he always thought it was until he saw some recently discovered footage of the recording sessions and recalls a photo, taken by Linda, of them both writing during the sessions, saying it reminds him of the strength of his friendship with John with the photo showing a different, less gloomy side which gave him ‘hope’. Sean also asks about his father’s insecurities, with Paul replying that his confidence was a ‘shield’, explaining that his wit guarded him from his insecurities as: “Wait a minute, there’s this guy ‘John Lennon’ who’s like a genius, clever, witty, confident, and everything why would he have insecurities? Because we’re all fragile beings.”

For the first time, Sean speaks publicly to Elton John, who talks about what it was like being around John. He tells a great story about cycling eight miles to buy a copy of Sergeant Pepper in Hatch End because he was such a fan! And from being a fan to finally meeting John, he tells Sean: "When I met your Dad I felt like I’d known him all my life and that’s the biggest compliment I can pay him." He talks about the Madison Square Garden performance John did with him in 1974, which became Lennon’s final live gig appearance, but was also where he was reunited with Yoko Ono after a period of separation. Soon after she was pregnant with Sean, hence the reason Elton is his godfather.

In John Lennon At The BBC, Liza Tarbuck explores the BBC's archive of John Lennon, from his earliest days with The Beatles up to his final interview recorded just two days before his death in December 1980. His work, both as a musician and as a high profile peace activist, still resonates as loudly today as it did during his lifetime. He appeared frequently on BBC programmes and these provide a fascinating insight into his creative output and worldview. His contributions were articulate, often controversial and always searingly honest as he talked about subjects including the Vietnam War, his protracted struggles with the US authorities as he tried and eventually succeeded in securing residency there, the break-up of The Beatles, his treatment by the press and the development of his music throughout the 1960's and 70's.

The featured programmes include his 1971 appearance on Parkinson alongside his wife Yoko Ono, performing his own poetry on Not Only But Also, talking to current Radio 2 presenter Bob Harris about his Rock 'N' Roll And Walls And Bridges albums on The Old Grey Whistle Test, an early 'pop profile' for the BBC World Service with Brian Matthew, and his explosive 1969 interview with veteran New York Times war correspondent Gloria Emerson which was captured on film for the BBC's 24 Hours. Also featured are tracks from throughout his solo career which have been painstakingly restored and remixed for the newly-released collection, Gimme Some Truth. These are heard alongside exclusive performances of some of his most celebrated songs including Imagine, Love, Woman and Happy Xmas (War Is Over) featuring Katie Melua, Roachford, Aloe Blacc and Jack Savoretti performing with the BBC Concert Orchestra.
All programmes will be broadcast on Radio 2 and BBC Sounds, and will be available to listen again on BBC Sounds for 30 days.

Additionally, each of the conversations Sean has with Julian, Paul and Elton will be available to listen to in full on BBC Sounds after John Lennon At 80 has been broadcast.
This is a BBC Audio production.