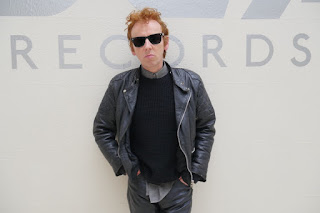 Creation Stories is the feature film of the life of music industry svengali, Alan McGee, coming soon from Burning Wheel Productions. Watch a new clip from the film ...
Press Release

The film is an adaptation of his highly acclaimed autobiography Creation Stories - Riots, Raves and Running a Record Label. Producer Shelley Hammond said "We are really excited for everyone to get a first glimpse at Creation Stories! It’s a true British film in the best way possible. Nick Moran and everyone involved has done an absolutely sterling job and the best part is soon to come - when it’s out there for all to see!”

"Creation Stories is a modern day fable. Part cautionary tale, part cavalier romp, mostly hilarious, occasionally sobering & constantly engaging," said Director Nick Moran. "An irresistible trip down memory lane, or a delightful history lesson about the last great days of Rock & Roll. When Britannia ruled the airwaves, thanks to one man with his misfit mates and their indie record label that briefly changed history. It is shamelessly entertaining and I hope, a joy for everyone!”

The beginning, near bankruptcy, pills, thrills, spats, prats, success, excess and breakdowns. From leaving school at sixteen to setting up the Living Room club in London, showcasing emerging indie bands, from managing The Jesus and Mary Chain to co-founding Creation at 23. He brought us My Bloody Valentine, House of Love, Ride and, of course, Primal Scream. Embracing acid house, Alan decamped to Manchester, and hung out at the Hacienda, taking Creation into the big time with Primal Scream's Screamadelica. His drug-induced breakdown, when it came, was dramatic, but climbing back to sobriety, he oversaw Oasis' rise to become one of the biggest bands in the world.
Image - Burning Wheel
Email ThisBlogThis!Share to TwitterShare to Facebook