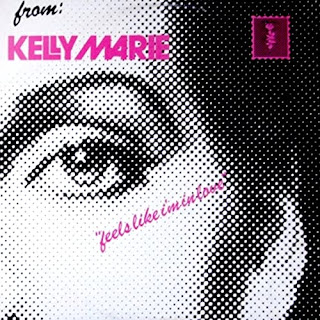 Inspired by our series of articles looking back at music released 30 years ago, Jimmy Hunter takes a step further back in time to give us a Song of the Day 1980. This week, it feels like he's in love...

Don’t give up on this before you even start. Don’t simply dismiss it as a piece of camp cheese with no foundation. No matter if that’s exactly what it is. I may not be onto a winner with this as too many people with do just as I suspect – but if they do, they’re missing out on a little gem. Both song and the singer come from solid stock and are of a high calibre.

Stay with me, my little disco dancers, as we listen to Feels Like I’m In Love by Kelly Marie. There. I’ve said it. Now let’s explore. The song was written by Ray Dorset of Mungo Jerry fame with a view of pitching to Elvis Presley. It’s never been confirmed whether or not this happened (presumably before Presley’s death) but Mungo Jerry did actually record a version of it for a b-side.

Kelly herself had been around for a few years having moved from Scotland to London and having success with Opportunity Knocks in the mid ‘70s. (Millennials – for Opportunity Knocks, think X Factor without, well, the X Factor.) Ms Marie had some solid hits in France and the Netherlands on the back of this TV success before recording a version of this record which did nothing commercially but attracted a gaggle of Scottish DJs. It played for long enough in Scottish discos for PYE records to realise it might actually have something here, and the record was rereleased around this week in 1980 – and it shot to number 1.

Yes, this version is cheesy campness but I’ve never turned my nose up at that and I love it. As did the UK’s record buying public. It’s simple – not an ambitious or even memorable bassline but it definitely has a hook:

It’s hard to imagine that it was such a dancefloor hit but it really was, all across Europe. What’s not to like – thumping beat and a belting voice singing about love (or the want of love; or the loss of love). A formula that worked perfectly for a long, long time on the (gay) dancefloors.

Decide for yourself and if your foot doesn’t even twitch then you’re dead from the neck down.

Now, as a little treat, and given you’ve been good and got this far, here’s the Mungo Jerry version: