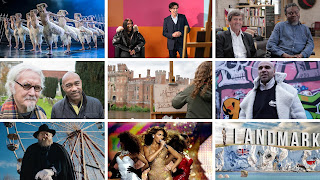 Sky Arts, the UK’s only channel dedicated to arts and culture, is to be made free for everyone next month...

With a renewed focus on bringing more of the arts to more people, Sky Arts will embark on an ambitious programme of activity to support and champion the arts – putting artists, creatives, and public participation centre stage on a channel that everyone across the UK can watch on Freeview.

The move to become free-to-air will include a bold new slate of original programmes and increased and deepened partnerships with artists and arts organisations, providing them with a platform to create and showcase their work. And to support new talent, the channel will launch a series of bursaries worth £30,000 each, that will see leading figures from the arts support and mentor diverse and emerging new artists.

Becoming a free channel means the existing slate of Sky Arts programming will be available for everyone to watch for the first time including popular series such as Portrait Artist of The Year, Landscape Artist of The Year, Tate Britain’s Great Art Walks, Treasures of the British Library, The South Bank Show, Urban Myths and countless documentaries and performances, from Kylie, Ed Sheeran and U2, to Matthew Bourne’s Swan Lake, Wagner’s Ring Cycle and Cats.

Philip Edgar-Jones, Director of Sky Arts, said: “There’s never been a stronger need or demand for the arts, nor a more important time to champion and celebrate creativity. That’s why we’re throwing open the doors to make Sky Arts a free channel. During lockdown we’ve seen audiences to the channel increase by 50% and our weekly live paint-along show, Portrait Artist of The Week, reached 4.6 million people with over 20,000 portraits painted.

“As a free to air channel I hope that Sky Arts can help arts organisations and cultural institutions of all shapes and sizes across the UK, providing them with a platform to create and showcase their work to a broad audience. With our renewed focus and mission to increase accessibility and participation across the arts, we want to hear from everyone with ideas for how we might be able to work together – we can only succeed with artists and creatives at the heart of what we do.”

Some highlights of the brand-new original programming coming to Sky Arts includes: 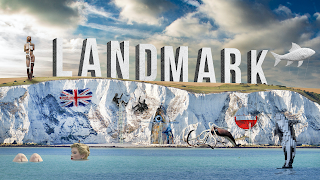 Landmark, a bold and ambitious series for 2021 where artists and local communities across the UK will join forces in a quest to create the next great British landmark, in response to the current debate about the meaning of public monuments, and who or what is commemorated. Landmark will capture the national mood, giving a diverse range of British artists the chance to create the public art of the future. Landmark is produced by Primal Media; executive producers are Adam Wood and Mat Steiner, head of development is Ben Riley. Barbara Lee is commissioning editor at Sky.
Portrait Artist of the Week, the live-streamed paint-along version of the channel’s flagship series ‘Portrait Artist of the Year’, has been confirmed to return to @SkyTV Facebook, as well as airing on Sky Arts, this Autumn, following its huge success during lockdown. The first event during lockdown received over 20,000 entries and was truly international, receiving global submissions from Pakistan to Ecuador to the UK. Portrait Artist of the Week features celebrity sitters in their own homes, with main series finalists and winners taking turns to paint live via Facebook. Artists at home can submit their final portrait to the judges through social media using the hashtag #MYPAOTW. At the end of each week judges choose three of their favourite portraits to feature on the following live programme. The competition is open to everyone as the judges also picked out their favourite 3 children’s portraits each week. The pilot series reached more than 4.6 million people, with previous sitters including Noel Fielding, Will Young, Booker Prize winning author Bernardine Evaristo, acclaimed dancer and choreographer Akram Khan and broadcaster and journalist Clare Balding. Portrait Artist of the Week and Portrait Artist of the Year are produced by Storyvault; Executive producers are Danielle Graham, Sam Richard and Stuart Prebble. Benedetta Pinelli is commissioning editor for Sky.
Goldie: The Art That Made Me: Renowned visual artist and musician Goldie goes on a personal and passionate journey into the world of graffiti and street art, tracing the evolution of the art form in parallel with his own career. In a story that takes us from New York via London, Manchester, Wolverhampton, Miami and Lisbon, Goldie meets the originators and crucial artists from the scene, plus those who continue to push at the edges of the art form today. Goldie: The Art the Made Me is produced by Somethin’ Else and Debonair; the director is Lauren Jacobs; executive producers are Ian Sharpe and Debby Lee. Barbara Lee is commissioning editor at Sky. 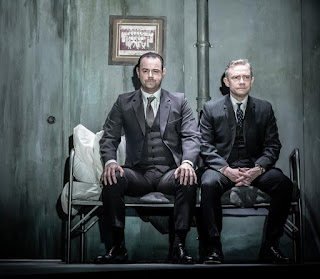 Danny Dyer on Pinter, Taken under his wing following roles in films like 1997’s Human Traffic, Pinter cast Dyer in several of his plays, including No Man’s Land and The Homecoming. Now, twelve years after Pinter’s death, Danny takes a look back at his mentor’s work and the profound influence he had on his life. The hour long programme is due to air in autumn 2020. Danny Dyer on Pinter is produced by BBC Studios; executive producer is Rob Unsworth and producer is Ian Denyer.

Danny Dyer said: “It was an honour to take part in this documentary as I got to go on this journey down memory lane. My relationship with Harold is something I will always cherish and I was very touched by the whole experience. What an incredible complex humble human being he was. I miss him every day”.
Sky Arts Late, a new late-night, feature-length monthly arts and culture show, with Tim Marlow hosting alongside a cast of leading and new voices from across the arts. Featuring original perspectives, topical debate, critical discussion, and performance, the first edition of this lively and provocative series will assess the importance of culture in the nation’s recovery from Covid-19 and how it is reshaping creativity. Due to air in Autumn 2020. Sky Arts Late is produced by Cultureshock Media; executive producers are Debby Lee and Phil Allison. Barbara Lee is commissioning editor at Sky.

English National Opera’s Drive & Live, in partnership with the ENO, Sky Arts will film and broadcast the ENO’s much-anticipated return to live performance in September with a drive-in, super-sized, and socially-distanced production of La Bohème at London’s Alexandra Palace. English National Opera’s Drive and Live is produced by Somethin Else; executive producer is Jez Nelson and live director is Marcus Viner. Benedetta Pinelli is commissioning editor for Sky.

No Masks, in partnership with Theatre Royal Stratford East and their artistic director Nadia Fall, Sky Arts and Moonshine Features will present a new work based on the real-life experiences and testimonies of key workers from East London. Weaved together with imagined narratives, written by Nadia Fall and Rebecca Lenkiewicz, No Masks will be a testament to the dedication of key workers during the COVID crisis as well as an exploration of our shared hopes and fears. Due to air in autumn 2020. No Masks is produced by Moonshine Features; executive producers are Michelle Crowther and Mike Reilly. Barbara Lee is commissioning editor at Sky. 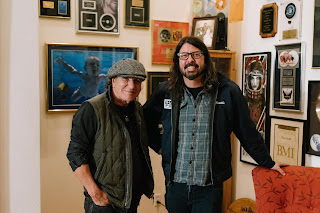 Brian Johnson said: “Dave Grohl's passion for rock music is infectious, we had a ball reminiscing about the early days in our different careers. If he ever runs for President, he’d get my vote.”

Life & Rhymes, A celebration of spoken word hosted by Benjamin Zephaniah, featuring some of the country’s leading spoken word performers who will be lighting up the mic with their lyrical creativity. The poets will perform in front of a live, committed audience of spoken word fans who are key to every performance. Each week Benjamin will open up the floor to give members of the audience the opportunity to spontaneously take part in the open mic section of the show. A 4x30 series due to air in Autumn 2020. Life & Rhymes is co-produced by CPL Productions, a Red Arrow Studios company, and Licklemor Productions; a company owned by Mama Youth Project. Exec producers are Murray Boland, Danielle Lux, Sharon Ali for CPL Productions and Bob Clarke for Licklemor Productions. Barbara Lee is commissioning editor at Sky.

Inside Art, presented by Kate Bryan, is a series that explores temporary art exhibitions at galleries and cultural venues in the UK, connecting audiences with art experiences from photography, painting and sculpture exhibits, to design video and fashion. Inside Art will look at the curatorial decisions being made at institutions as well as focusing on the artists themselves. Arts institutions involved in the series include: Four Corners, Beecroft Gallery, The Hepworth Wakefield, Walker Art Gallery and Manx Museum. Each episode will TX in the first two weeks of an exhibition launching. Inside Art is produced by Unity House; executive producers are Richard Shaw and Nicola Schofield. Jack Oliver is commissioning editor at Sky.