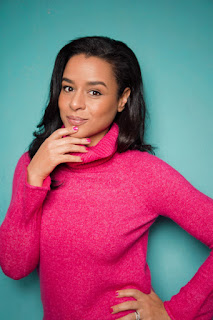 Best-selling author and comedian Sarah Cooper will bring her unique talent to Netflix with Sarah Cooper: Everything’s Fine...
Promising to be a variety special full of vignettes dealing with issues of politics, race, gender, class, and other light subjects, Sarah will be joined by a fantastic array of special guests who will participate in short interviews, sketches and more shenanigans.

The special will be directed by Natasha Lyonne with Maya Rudolph, Danielle Renfrew Behrens and Lyonne executive producing through their production company Animal Pictures in addition to Cooper and Paula Pell. Chris Burns of AGI Entertainment and Dan Powell of Irony Point will also serve as executive producers.

In April 2020, Sarah went viral with her brilliant satirical lip-sync impressions of our current president. She has been retweeted and praised by the likes of Lin-Manuel Miranda, Ben Stiller, Halle Berry, Chrissy Teigen, Cher, Jane Lynch, Jerry Seinfeld, Seth Meyers and Bette Midler amongst others. These “how to” videos have been seen by tens of millions of people including her "How to Medical" video which has been viewed over 20 million times and counting.

Prior to her online success, she was a writer and correspondent on the CBS ALL ACCESS pilot OLD NEWS, produced by Stephen Colbert. Sarah also wrote the best-selling books “100 Tricks to Appear Smart in Meetings” and “How to be Successful Without Hurting Men’s Feelings.” Sarah is next set to pen a modern, comedic take on a Dale Carnegie book for Audible Originals.

Her social platform has grown to seven figures in less than two months and continues rising daily.
Everything’s Fine will premiere globally on Netflix in the autumn.
Photo credit Mindy Tucker
Email ThisBlogThis!Share to TwitterShare to Facebook