News - I Have A Dream 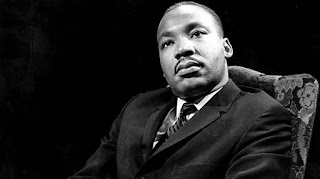 BBC Radio 2 announces I Have A Dream Day on 28th August and celebrates with a weekend of music and specials ...
Press Release
I Have A Dream Day will commemorate the anniversary of Martin Luther King’s iconic speech made on 28 August 1963 in Washington DC - a defining moment of the Civil Rights Movement in America.

The station will mark the occasion by celebrating the incredible contribution that black artists have made to the world of music and culture by playing 24 hours of some of the greatest music ever made by black artists from the 1950s to the present day, with further specials across the following weekend.

Trevor Nelson says: “Martin Luther King’s I Have A Dream speech has resonated with me since I was a child and is still relevant today. I think it’s fantastic that Radio 2 are celebrating its anniversary by playing some of the greatest music by black artists.”

Jeff Smith, Head of Music Radio 2, says: “Black artists are, and always have been, pivotal to the development of popular music and the music we play on Radio 2. We play the best of the best pop music new and old, so our I Have A Dream Day, whilst marking the anniversary of Martin Luther King’s historic speech in 1963, gives us a wonderful opportunity to focus on playing our favourite music across the genres and across the eras all together in one epic day-long playlist.”
Neneh Cherry’s Sounds Of The 80s

Neneh Cherry says: “The 80s were such an amazing time for me - I moved to London and was involved in post-punk groups and then, as a solo artist, Buffalo Stance became a massive global hit which was just incredible. The 80s were a time of big, exciting changes in the world and, once again, we are living through another time of huge change. I’m looking forward to playing some of my favourite tunes from that time and reflecting back on the decade.”

Martha Reeves’ Sounds Of The 60s

Martha Reeves says: “It was thanks to my friendship with Dusty Springfield that The Vandellas and I first came to perform in the UK back in 1965. We appeared on Ready, Steady Go! and were part of the Motortown Revue UK Tour alongside a 14 year old Little Stevie Wonder, The Supremes, and Smokey Robinson and the Miracles, travelling to cities such as Glasgow, Bournemouth and Leicester. I can’t wait to share my stories of that time, and play some tracks by some of these artists, and others, on my special edition of Sounds Of The 60s.”


Nile Rodgers’ Sounds Of The 70s

Nile Rodgers says: “From having my first hit, travelling the world for the first time with my partner Bernard Edwards in Chic, to partying at Studio 54, the Seventies were such a magical time for me. I hope you’ll join me, as now is the time to celebrate black music, and I can’t wait to share some of my favourite songs from the 70s. I guarantee you’ll hear tracks from legends like Marvin Gaye, Aretha Franklin, Stevie Wonder, Nina Simone, and many more.”

Toni Braxton’s Sounds Of The 90s

Toni Braxton says: "I love the UK, it has a special place in my heart. As a token for all the love over the years, I'm hosting a very special edition of Sound Of The 90s on Radio 2. We're celebrating Black music with some of my favorite R&B hits."


All programmes will be available on BBC Sounds.

Additionally, The Jeremy Vine Show (Friday 28 August) will be exploring issues around race with guests and archive, and there will be special editions of Ana Matronic’s Dance Devotion (Saturday 29 August, midnight-2am) and Good Morning Sunday (Sunday 30 August, 6-9am).

Throughout August, Radio 2 and BBC Sounds will be rebroadcasting Memphis & Martin Luther King - “They Wouldn’t Treat Me Like A Man”, a four-part series in which Clive Myrie presents an oral history of the events leading up to, surrounding and following Martin Luther King's assassination in 1968 (from Sunday 2 August, 2-3am).

Also being broadcast on Radio 2 and available on BBC Sounds:

On BBC TV, UK rap legend Rodney P, British soul singer Mica Paris, actor Jacob Anderson and more are among the presenters and narrators of a raft of new music programming broadcast this summer and autumn 2020.

Mica Paris delves into the history of gospel music - as well as her personal relationship with it - in Gospel According To Mica (first broadcast on BBC Four, now on BBC iPlayer).

Coming up on BBC Four are, Jacob Anderson (Game Of Thrones) narrating the rise and enduring success of The Real Thing, the biggest-selling black group in UK pop history in Everything: The Real Thing Story (Friday 7 August, 9pm), three-part series Soul America (3x60') taking an in-depth look at the evolution of soul music in the US between the 1960s and 1980s, whilst Count Basie: Through His Own Eyes (1x75') sheds new light on the life, passions, ambitions of band-leader and pianist, Count Basie.

BBC Four offers a glimpse of previously unseen, restored footage of past performances in Ronnie’s: Ronnie Scott & His World Famous Jazz Club. Jazz 625 also returns to BBC Four, presented by Mercury Prize 2020 nominated Moses Boyd, bringing viewers right up to date with performances from some of the biggest stars of the current scene.

On BBC Two in August, When Bob Marley Came To Britain sheds light on Bob Marley’s influence on culture, politics and identity in the UK. And later in 2020, the channel will show BBC Arena: Fela Kuti - Father Of Afrobeat, exploring the enduring legacy of the pioneering Nigerian musician Fela Kuti.
Image - BBC
Email ThisBlogThis!Share to TwitterShare to Facebook