Turn That Noise Down - James 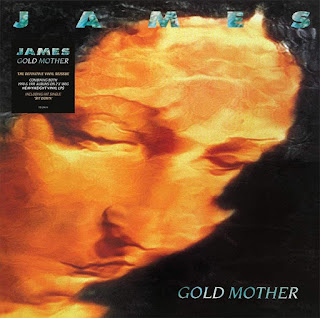 So many well-known albums turn 30 this year and Steve Taylor-Bryant and Susan Omand travel back to 1990 to revisit some of the sounds of their youth that made parents shout "Turn that noise down!" This week, Steve listens to Gold Mother...


I was not a fan of James back in the day. I hated the repetitive nature of Sit Down; that bloody song was everywhere, haunting my ears for years. This was my failing not the band's, as I just did not ‘get it’. Of all the bands that came up in the early 1990’s in that ‘Madchester’ scene that led to ‘Britpop’, though, it was probably James that, with hindsight, were the ones more suited to my musical, lyrical, and political sensibilities but in 1990 I just wasn’t mature enough to know what I was listening to. Gold Mother back then was just another album, another band that sounded like the last band and will sound like the next band. What an immature prick I was back then. Listening now, as a near 45-year-old, slightly more mature “grown up” with some life experience, I listen back to Gold Mother and it is quite the work of genius.

Its quite an eclectic collection, diverse in styles, and a beautiful way to spend a morning that I wish I'd understood in 1990. I still find Sit Down as irritating as hell and don’t think that will ever change but the bold brass on the title track combined with the loving melody on Hang On mixed with the hatred of TV evangelists on God Only Knows are highlights that deserved my time back then and to James I can only apologise for taking thirty years to catch up to where everybody else was. Album highlight for me though is definitely Government Walls, a song that is just as raw today as I imagine it would have been back then for smarter listeners than I.