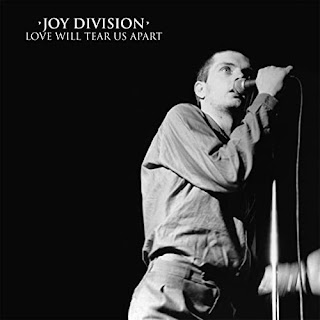 Inspired by our series of articles looking back at music released 30 years ago, Jimmy Hunter takes a step further back in time to give us a Song of the Day 1980. This week, he does the maths with Joy Division...

What can I say about this week’s choice that’s not already been said? How do you define a “classic”? It’s subjective but there are measures, of sorts. Aren’t there? Impact on culture and influence on future songwriters, perhaps? Possessing an “undeniably brilliant” musical content? Well yes, but that’s subjective too.

This record maintained its popularity during the next couple of years and was rereleased in early 1983, but I wanted to feature it here, around the 40th anniversary of its original release. It serves as an additional punctuation mark: another post-punk (no quotes) sound by a band that had its roots firmly in the punk era. One of a growing number of bands beginning to signal a change, a shift in genres as the new decade dawned.

Love Will Tear Us Apart by Joy Division is also a personal favourite. Jumpy guitars lead into synth intro that lays the melody on you as soon as it starts. A melody that almost hints at a slower beat, a beat that can take you by surprise. Curtis’ vocal still gives me goose-bumps and his story is now well known and there’s a rawness about how that voice matches the absolute bleakness of the lyric: something that comes over loud and clear.

The sound is due to producer Martin Hannett’s influence and his own CV reads like a who’s who of punk icons. Hannett himself, a rather tragic figure but whose influence on Joy Division’s sound seems now to be almost instinctive as it took Hook and Sumner many years before they admitted that Hannett’s production was right – a very different view from their initial impressions.

This record has left a legacy that I suspect nobody could have imagined, especially 40 years later. This clip may be from a “retouched” video from the single’s third and final rerelease in 1995 but it’s a decent version and essentially shows the original official music video.