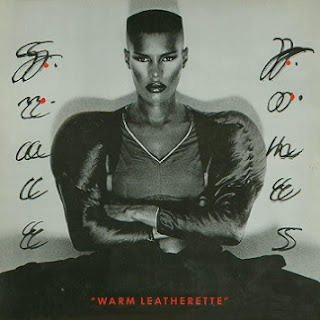 Inspired by our series of articles looking back at music released 30 years ago, Jimmy Hunter takes a step further back in time to give us a Song of the Day 1980. This week, he lets us in on Private Life...

So, dear reader, at this point there begins a 5 year period of almost obsession with a singer. I’ve wondered if this was a replacement for my obsession with Donna Summer that, by now, had definitely begun to wane. When Chrissie Hynde first heard this version of the track she wrote 3 years previously for the Pretenders’ first album she declared this is how it was always meant to sound.

Back in April an article in The Guardian on the best Grace Jones songs was published – best songs according to the writer, that is. But have a rake round some of the links in the article as they are good. I disagree with a few of them. This week, I’m mellowing out to Private Life. It’s a record I’ve not listened to in a long while and I’ve no idea why because it’s a cracking track.

Hynde always said it needed to be “more reggae” and this is what Jones brought to it – cleverly mixed with some R&B. Fresh from her mega period in the late ‘70s with the amazing La Vie en Rose, this was a departure for Jones in terms of sound and pace.

The sound was due to the influence of producers Chris Blackwell and Alex Sadkin. Blackwell, founder of the Island record label had a long history with Jamaican music and Sadkin cut his teeth on the mixing desk in various recording studios so if you listen to the album this comes from – Warm Leatherette – you’ll get a better idea of what this is about.

Jones moves from speaking the verse, rather darkly I might add, to singing the chorus. I initially thought she sounded menacing but after a few listens I realised that rather than being menacing, she was being menaced. The mix works perfectly as she really does sound hounded.

Starting off with a drum solo that’s very ska/two tone we move into a bassy chorus with a chirpy percussion. I love the arrangement on this record and that’s principally due to Sadkin’s talents at the mixing desk. There’s a very rocky-ish guitar solo in the instrumental bit yet the whole record has a really smooth feel and this has a lot to do with the chorus and the musical arrangement around that.

If you’ve not heard this before, give it a chance. If you have, then get reacquainted.