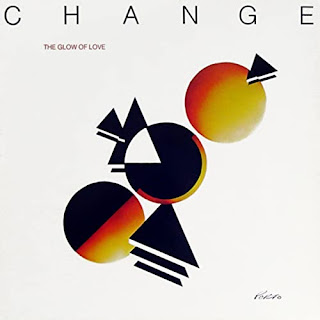 Inspired by our series of articles looking back at music released 30 years ago, Jimmy Hunter takes a step further back in time to give us a Song of the Day 1980. This week, he goes for A Lover's Holiday [two weeks in quarantine for him then - Ed]...

I remember the day that I bought this. I also remember who I spoke to on the bus home from the town. Isn’t memory a funny, odd and very valuable thing? It was the granny of a neighbour’s kid who kept banging on about how the grandkid loved The Police. I remember sniffing loftily in response.

So, what did I have in the little 7” single bag? A Lover’s Holiday – Change. Back in January when I did the initial research on what I was going to feature for SotD80 I was sure I’d written something about the group before, but it seems not so I’m glad. But I’m not convinced. [Get on with it! – Ed]

Change, in my mind, was a short-lived group and whilst it began with a stellar line up of disco stars, the lights dimmed fairly quickly. I may be doing subsequent line-ups a disservice but that’s how it seemed to me. And the record buying public. Yet the first album, and indeed this first single, contains the talents of Luther Vandross; Jocelyn Brown (Somebody Else’s Guy); Diva Gray (Magic Carpet Ride/St. Tropez).

Don’t write this off as cheeez pop rubbish – this is good solid soul/funk/disco. There’s a good solid bassline and the bass itself is quite something. (In fact, that bass is on par with Bernard Edwards.) Add in some synths and guitars and you’ve got a good instrumental dance track. However, add in the vocals from the aforementioned artists and we’re off. The repetitive “holidaaaaaayyyyyyyyy’ in the chorus is hooky, the vocals are well produced and the whole record is the output of Jim Burgess (lost to AIDS in the early ‘90s) and his expert mixing desk.

Yet this single is never remembered as getting the group started and I think that’s odd and a shame. The as yet unknown Luther Vandross would find fame as a result of taking lead vocals on subsequent singles (Searching/The Glow of Love). This single deserves better and you could easily equate it with the best output from Chic.

I raked long and hard for a good music video but couldn’t find one – so have a listen to the full album version of the single, mixed by the talented and lamented Jim Burgess.