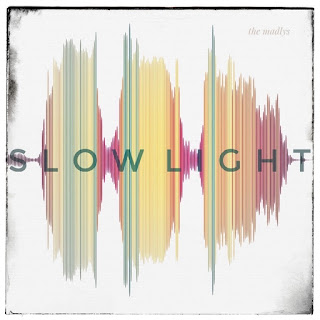 Susan Omand sorts out her summer listening with Slow Light, the new album by the madlys...

THERE’S A NEW ALBUM OUT FROM THE MADLYS! …

Way back in the mists of 2016, I actively [i.e. loudly and continuously – Ed] encouraged everyone I spoke to to seek out the madlys album Might As Well Go Crazy, and I’ve pretty much been going crazy [not news – Ed] ever since, waiting for new music from the band.

Well that wait is now over, the new album is here and I can categorically state that Slow Light is the only album you’ll need this summer. Because there is a real back-in-the-day summer/road trip/beach feel to the album for me, whether intentionally or not, and on a day like today, when the rain is tipping down, the music put a smile on my face right from the start.

Ever since I first heard it, I’ve loved the unique vocal of Steve Harris (for it is he who is the driving force behind the madlys) and this album has made the absolute best of that beautiful instrument through a variety of contrasting yet complementary songs, from the almost reggae chairbop of the title song to the much more laidback Unconditional Love. There’s early madlys music with She Wanna Be Late, written almost thirty ago which has a contemporary Madchester vibe to it, and there’s very new music like Line in the Sand which sounds so sixties you’d never believe it wasn’t written back in that era, apart from the fact the madlys weren't writing music back then. Not all the song on the album are upbeat though, and I adored the velvety darkness of No Promises, the twangy minor guitar and harmonies on Roll Away and the utterly gorgeous ballad Scattered Pieces. But it goes without saying that a singer/songwriter’s work always riffs on subjects closest to themselves and the stunning In Northwood (complete with wonderful train noises) does just that; you can just feel the personal connection, the longing, in the words “Sometimes your family ain’t measured by the blood” – it makes my heart ache for him in such a good way.

To pick a favourite on such a brilliant album seems slightly trite but there’s three absolute stand outs for me. I grinned stupidly [madly, surely – Ed] and air-drummed all through the brilliantly Pretenders-esque Don’t Say Goodbye, it’s just so perfect, and I’ll tell you here and now, if you’re not physically up dancing like the years just fell away to Hallelujah Smile then I’m afraid there’s no saving you. But the most notable for me on the album is, surprisingly, Breaking the Chain. It’s a real slow burning grower - it went from my least favourite on first listen, really annoying me with a guitar riff that reminds me of something else so much but I can’t place it and the almost Numan-like repetition in the chorus, to being one of the songs I’ve played most on the album – it’s just so different!

Buy the Album from Bandcamp below.