#NotBaconBits - From Joe Strummer & The Mescaleros to... 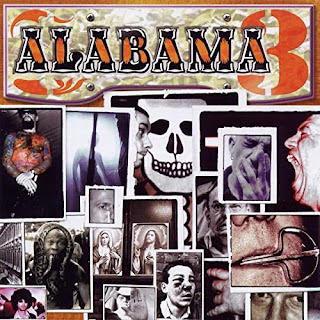 Yesterday we played Joe Strummer & The Mescaleros with Minstrel Boy. So what song was chosen for today's #NotBaconBits connection? You can thank @Ferryjer for this one ...
As always for #NotBaconBits, once you've listened to today's choice, we're looking for your suggestions for tomorrow's track. Join in by tweeting us @albiemediaAM with the #NotBaconBits hashtag or adding your suggestions in the comments of our #NotBaconBits Facebook posts - remember the link can be as simple or contrived as you want, in any music genre (it doesn't have to be classical or pop) and you can link to anything about the song - the title, the artist, words in the song, something about the video ... anything as long as you can explain how you got there and show your workings. If we pick your suggestion for the link, you'll get the credit in that day's article and shout outs on our social networking streams.
More fantastic suggestions for a connection to yesterday's song. @Wolfpaw36 linked via the Spongebob Squarepants soundtrack, @STBwrites also went for a soundtrack link for a song by Shane MacGowen and Sinead O’Connor but @OmandOriginal just thought about chocolate [I see what you did there - Ed] but today's connection comes from @Ferryjer with this:
Going with a soundtrack connection and a jump to TV. The Sopranos opening song is by Alabama 3 but it’s the band’s Hypo Full of Love (12 step plan) I nominate for #NotBaconBits, both tracks found on the debut album Exile on Coldharbour Lane.
[Please excuse the language in this live video but it is just so f***ing cool - Ed]
Now it's your turn. What will you connect to? Injections? Alabama? Exiles? Or will you go with something else? The choice is yours, as long as you can show your working and tell us how you get there!