#NotBaconBits - From Duran Duran to... 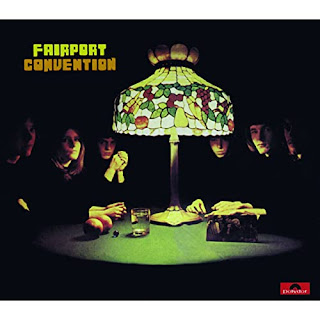 Yesterday we played Duran Duran's Sunrise. So what song was chosen for today's #NotBaconBits connection? You can thank @JimJamGin for this one...

A great start to this run of #NotBaconBits saw @WolfPaw going down the route of Sunrise being a new day and he's Feeling Good with Muse, while @STBwrites opted for what we believe is called "a banger" in the colloquial parlance of the youth of today with a connection via the record producer Jason Nevins and Run DMC but it was narrowly [VERY narrowly - Ed] beaten by this suggestion from @JimJamGin...

My choice for #NotBaconBits is Chelsea Morning by Fairport Convention. The Durans named themselves after a character in the 1968 film Barbarella, the same year Fairport Convention released their first album. Guest singer was Judy Dyble who sadly died a couple of weeks ago.

Now it's your turn. What will you connect to? Something else? The choice is yours, as long as you can show your working and tell us how you get there!