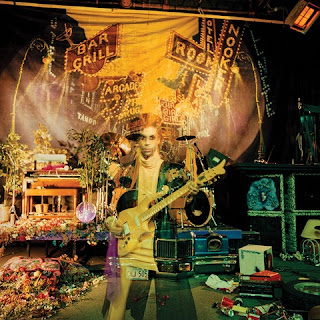 The Prince Estate and Warner Records have released I Could Never Take The Place Of Your Man (1979 Version), a previously unheard recording from Prince’s legendary vault which will be on the expanded reissue of Sign O’ The Times box set out on September 25th...

The song was recorded at Hollywood Sound Recorders, Studio A on May 23, 1979, and engineered by Bob Mockler. It is the oldest recording in the Super Deluxe Edition collection, dating back to sessions for Prince’s self-titled 1979 album. Its basic elements are minimal: live drums and claps, bass, guitar, synth, and nine layers of Prince’s voice.

The track was retrieved from the vault in June 1986 and re-recorded, with Prince adding a solo and updating the sound, and that new version was given a prominent place on the unreleased Dream Factory and Crystal Ball collections before finally being released on Sign O’ The Times.


The new Sign O’ The Times expanded reissue will be available this autumn via all physical, digital and streaming partners, with the classic album remastered for the very first time. The Super Deluxe edition features 63 previously unreleased tracks, as well as a previously unreleased 2+ hour video concert performance from the vault.

In June, the first unreleased track from Sign O’ The Times Super Deluxe edition reissue was shared. Witness 4 The Prosecution (Version 1) is now available on all digital download and streaming platforms. The track was recorded on March 14, 1986, at Prince’s Galpin Blvd. home studio in Chanhassen, Minnesota, and was originally intended for inclusion on the halted Dream Factory album.