Turn That Noise Down - Robert Cray 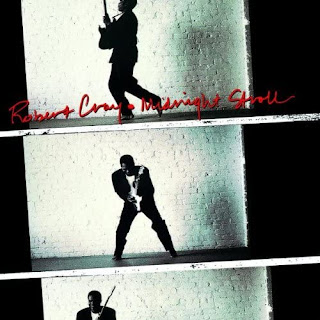 So many well-known albums turn 30 this year and Steve Taylor-Bryant and Susan Omand travel back to 1990 to revisit some of the sounds of their youth that made parents shout "Turn that noise down!" This week, Susan Omand goes for a Midnight Stroll...

Ah the joy that is the much under-rated Robert Cray! He’s one of those guitarists that should really be older than he is; what I mean his music sits so well beside the blues-guitar greats from the 60s and 70s and yet it was into the 80s before he only released his own first album with the Robert Cray Band.

I honestly can’t remember when I first heard him play but it must have been around 1984/85ish, when a friend who had been living in the US suggested that, since I was at the time listening to the likes of Clapton, Buddy Guy, John Lee Hooker, Albert Collins and Muddy Waters (all of whom Cray eventually played alongside) then I’d probably enjoy his work. And yes, yes I did.

His guitar playing, as well as being bluesy (and he is, to my mind, very bluesy, contrary to what a lot of people said at the time), it’s so crisp and clean but it balances beautifully with the warm earthy tones of his voice. And, when you knock the genre of the album slightly sideways into soul and couple it with the superbly soulful sleazy sound of the Memphis Horns, it’s, well, it’s just perfect.

Having said that, the tracks on Midnight Stroll never settle into one style, going from the jazziness of Labour of Love and Walk Around Time into the Otis Redding “Dock of the Bay” sounding coolness of Bouncing Back to the classic three-chord blues of Holdin’ Court. Consequences reminds me of the more commercial sounding Clapton of the 80s (still no bad thing, even with the cowbell) and Move A Mountain and the title track Midnight Stroll have the majesty of bluesed out Doors songs.

But it’s in the slower tracks that his virtuosity really shines; The Things You Do To Me is a real late night smoochfest, and the smouldering guitar solo on These Things is absolutely to die for. But my favourite song on this album always has been My Problem. I don’t know if it’s the nostalgia for the time and place, the what-if and might-have-been-ness of the lyrics, or if it’s just because it’s a shiver-inducing, virtuosic performance from a superb singer/songwriter but My Problem just makes all my own problems melt away.