Turn That Noise Down - Mariah Carey 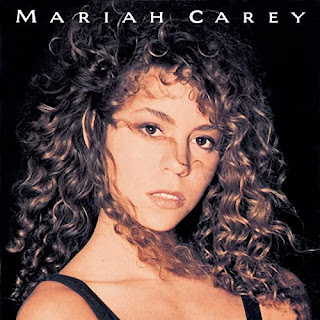 So many well-known albums turn 30 this year and Steve Taylor-Bryant and Susan Omand travel back to 1990 to revisit some of the sounds of their youth that made parents shout "Turn that noise down!" This week, Susan encounters an angel...

I’ll admit that Mariah Carey isn’t my usual listening fare, and wasn’t back in 1990 either, but I really felt that, since one of our writing team (yes, you, Nate McKenzie) is such a Mariah mega-fan, we would be doing him and his much-heralded “angel of pop” a grave dis-service if we missed her eponymous debut album out of our 30 year retrospective.

So, it was with slight trepidation that I dropped the virtual needle on the record and dug in. Would it be awful? Would I have to say it was wonderful if it was awful? (I’m a bit scared of Nate so…) I needn’t have worried on either count, as I could (and do) absolutely tell the truth about the album when I say that it’s a whole load of fun.

I was bopping from the start as the music dropped me right back in time to a late 80s vibe, with images of smoke machines and flashing disco floors being dredged up from the murk of my memory banks. There’s such a variety of styles on the album too, as you’d expect from a debut. From the gospel choirs of There’s Got to Be and the rock ballad of I Don’t Wanna Cry*, to the reggae rhythms of All In Your Mind to the (slightly ill-advised imho) rap on Prisoner, you can tell she’s still trying to find her “sound.” A lot of it actually reminded me of early Madonna (this is absolutely NOT a bad thing btw, I loved early Madge music). There are also shades of Whitney Houston and Paula Abdul in there and I can also hear some shared influences with 90s bands like En Vogue (remember them?).

But there is one thing that has always made Lady Mariah stand out from the rest and it just shines through, even here. Boy, that lassie can sing! Her vocal range is incredible (I’m sure there are notes only dogs can hear) but it’s not forced and screechy. Her tonal quality too on this, her first album, is a lot less produced than in later albums and I think it’s the better for it; the trills and coloratura that became her “party piece” (sorry Nate) in later years, and feels sometimes shoe-horned into more recent work, is a lot less evident here and that makes it all the more impressive when those high notes do sparkle across the top line.

There were five singles altogether from the album but my favourite song on the album isn’t one of those. Listen to Vanishing, from a rehearsal for her performance on Saturday Night Live back in the day, and hear the, yes Nate, angelic voice of Mariah Carey with just a piano behind it.

*Sidebar – I Don’t Wanna Cry reminded me a LOT of the Foreigner track I Want To Know What Love Is and it wasn’t til I went looking for a video to add to the end of the article that I discovered that Ms Carey had actually done a cover of the Foreigner song in 2003! Listen to this.