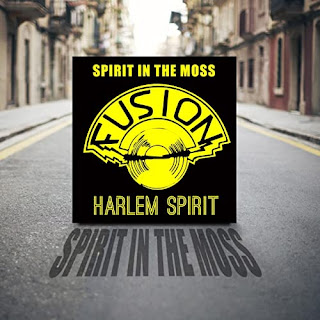 Inspired by our series of articles looking back at music released 30 years ago, Jimmy Hunter takes a step further back in time to give us a Song of the Day 1980 and a protest song that's just as relevant today...

One of my earliest memories and definitely my earliest music memory is of the Tom Jones Show c.1969 and an appearance by a group that fascinated me. Or the female lead, to be precise. Her smile, her gappy front teeth and her voice. I hear the words and though I could put them together I obviously couldn’t fully understand them.

I’m talking about Blue Mink and Melting Pot. Now I know this has been dismissed by allegedly cool groups as dirge but I like it and, believe it or not, it struck a chord in the 4 year old me. It was the words. Words that some have since rebelled against.

I remember subsequent conversations with my mother (whose musical heroes included Ella, Billie and Sammy) after watching In The Heat of the Night with the inimitable Sidney Poitier, about race. Mum explained to me that even though they were big stars, people like Sidney, Ella, Billie and Sammy were still hated by some people. I asked why and she said “because they’re coloured” (a word that was used then so I’m using it now). I asked why that was and she said she didn’t know.

Neither did I. Why would people hate other people because their skin was different? My Mum’s skin was different to my Dad’s – he was fair haired, fair skinned and blue eyed and she was darker skinned, black curly hair and brown eyes and went a really dark brown in the sun (baby oil helped – yes, not tanning but roasting!).

Growing up I witnessed much (not so) casual racism on TV which was far worse than the under-representation quite rightly complained about today. As a teenager on my way to college I remember my blood running cold when I saw the BNP trope “P*kis out” spray painted on a wall. I didn’t, and still don’t, understand the hatred.

As a fifty-something gay man I’m no stranger to being on the arse-end of prejudice – pun intended because I can take a joke! Prejudice that’s veiled; prejudice that’s so in your face you can’t believe someone has said it; prejudice (at work) that’s spread behind your back like the virus that was trying to wipe gay men off the planet. And more obvious, blatant prejudice – that which was contained in the pages of the main stream media and the offensive words on those pages. Rancid comedians (who I will not do the favour of naming) spilling their racist, misogynistic and homophobic bile on “family TV shows”.

At one point my attitude was “FUCK YOU” and I went through a very militant phase that hasn’t really worn off. Nor, it seems, has the anger. Anger triggered by the sight of a black man, hands cuffed behind his back, lying on the ground being murdered by a white policeman.

Do I understand prejudice? Well I know what fear is and I know how I’ve used that fear to fight an attitude that’s told me to remain hidden. Therefore I understand why hundreds and thousands of people across the USA, the UK and elsewhere have gone on protests all week. I do understand the anger at a government that’s criticising the protests but refused to criticise mass VE Day celebration get-togethers or mass gatherings at the beach on a bank holiday weekend and I feel that rage – the same rage I felt in 1990 after almost a decade of Thatcher’s government ignoring the AIDS epidemic.

For this Black Lives Matter SotD I’d like you to listen to an amazing record from 1980, one that few people will have heard of, by a group from Mosside in Manchester – Harlem Spirit (incidentally, where my husband was born and grew up in the ‘60s and ‘70s). Dem A Sus (In The Moss) is a song protesting/warning about the draconian and clearly prejudicial stop and search methods deployed by the police in that area at the time which targeted young black men.