Turn That Noise Down - Teenage Fanclub 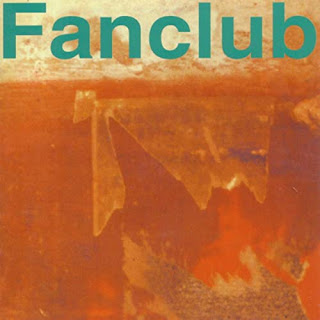 So many well-known albums turn 30 this year and Steve Taylor-Bryant and Susan Omand travel back to 1990 to revisit some of the sounds of their youth that made parents shout "Turn that noise down!" This week, Susan reflects on A Catholic Education (not her own)...

The Glasgow alt-rock band Teenage Fanclub was one of those bands that I was always hearing about from friends in the early nineties, who raved about them, but I never actually got round to listening to anything. So, when I saw their debut album, A Catholic Education, pop up on our 1990 retrospective I thought it would be a good chance to see what I’d missed.

From a very cool, jangly guitary, short instrumental start with Heavy Metal, we get onto the first of two singles from the album (neither of which I actually remember from the time) and Everything Flows. It does indeed flow, with a laid-back, hippyish sound that reminds me of the early Madchester scene (Inspiral Carpets, Stone Roses etc) and I do wonder who influenced whom. However, I digress.

The title track on the album is next and, for me, it is musically the most interesting with the tempo lift from intro to verse and an almost monotonic vocal delivery (this is a good thing) which adds balance to the Monkees-esque “throw-everything-at-it” freneticism of the melody.

Too Involved is the next track and not quite as hooky but it still makes good not-annoying background music – as a side note, beefing up the backline and speeding it up slightly, it would make a brilliant punkish track.

A change of pace, and an almost country rock blues feel to Don’t Need a Drum (which does, ironically, have a drum in it).

Critical Mass is probably the most Glasgow-sounding track on the album. By that I mean the song would fit in really well with the likes of Deacon Blue, Hue and Cry, Aztec Camera et al who were big in the late 80s.

Next up is another instrumental interlude, Heavy Metal II, and it is just glorious – proper down-home New Orleans blues, completely raw and unspoilt. I bloody love it!

Speaking of sequels, Catholic Education 2 is next in the running order and it continues the same pattern as its predecessor track, complete with the tempo lift, vocal delivery and even some repetition in the lyrics – it begs the question why really, mind you most sequels do.

Eternal Light is next and, I think, anything but. The monotonic delivery really doesn’t work for me here as, coupled with sludgy guitars, I find it dirge-like and, to be honest, a bit boring.

The tempo picks up again for Every Picture I Paint, a song that wouldn’t be out of place alongside the likes of Arctic Monkeys these days.

The album rounds off with the other single, Everybody’s Fool, and to be honest, it’s a real mess, sounding more like slurring drunks heckling a pub band than anything coherent.

Overall then, I’m really quite impressed. Yes, there are peaks and troughs but I’d listen to it again, and I don’t know why I missed out on this album first time around. On doing my research [Wait, you actually DO research for these? – Ed] I discovered two things. Firstly, that this album, being their debut, is said to be totally different to their later work and is under-rated because of it. So, I may well dig into their discography at some later date and see how their sound has developed over the years (even though I might be disappointed). And, secondly, the US album track listing is in a completely different order to the UK listing* which would really change the listening experience and I can’t find out why. So, WHY?!

* Compare and contrast – UK vs US album track listings, all the same songs but in a totally different order.