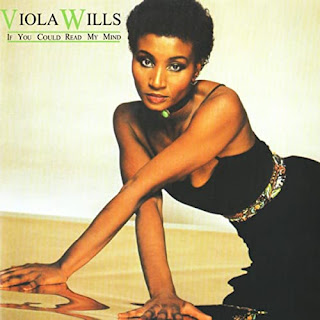 Inspired by our series of articles looking back at music released 30 years ago, Jimmy Hunter takes a step further back in time to give us a Song of the Day 1980. This week, he thinks "If you could read my mind"...

For this week’s choice I don’t want you to base your opinion of “success” purely on chart success: this single didn’t actually chart, despite the artist having a big hit in the autumn of last year. A much underrated US vocalist, discovered by Barry White, and one lost too soon, this week we’re swaying to If You Could Read My Mind by Viola Wills.

The song was penned by Canadian crooner Gordon Lightfoot and he had success with the record in 1970 in a number of countries. It was also covered by a number of other artists and included on the “54” album 18 years after Viola’s non-success with it.

But I think it’s one of history’s many forgotten gems. It gets off to a steady canter of about 122bpm with a very Latin feel to it with the brass lazily providing backing and a melody to the lovely mellow bassline and Wills’ backing vocals cooing

It’s a simple structure but then, so was the original. However, Wills adds more than just a touch with her vocal, building to a crescendo at the end of verse 3 with a long held final note (not uncommon for disco (divas) at this time) and the extended version then goes into a nice long instrumental section.

The production is good though you’ll search long and hard for the producer, Jerry McCabe. Being already 40 at the time of this release, Wills went on to be a very successful HI-NRG singer in the mid ‘80s and sadly succumbed to cancer in 2009. I do think she was a fantastic vocalist and perhaps was not in the right place at the right time, despite having credits and associations a mile long and being one of the original members of the disco band Gonzalez.

This is a good record, a very good record and it brings back a lot of memories from spring 1980. I hope you enjoy …