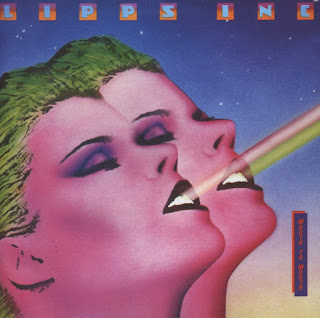 Inspired by our series of articles looking back at music released 30 years ago, Jimmy Hunter takes a step further back in time to give us a Song of the Day 1980. This week, won't you take him to...

Through certain TV programmes we’re learning all about the art of the lip sync. But I’d like to take you back to a time when a session group brought out a record under a rather self-deprecating group name and it became a No.1 hit all over the place.

Oh yes, we’re bopping to the funky sound of Funkytown by the enigmatic Lipps Inc. I use the word enigmatic on purpose because essentially this is a one-hit wonder. But hey, if you’re going to do it, do it big – No.1 in 28 countries and worldwide sales of over 35 million!

Now, don’t dismiss this as cheese out of hand. I have the album on vinyl, bought with great excitement on a Canadian holiday that summer, and it’s not actually bad. Funkytown is the chirpiest but not by far. And I like this record. Yes I’m a big electronica/soul/disco/funk fan but nevertheless, this record is a good pop record as well as a record to fill a dancefloor with bouncing, smiling faces.

Enigmatic. The band had been together for a while touring venues in Minnesota and garnering a good following of soul/funk/disco fans, as was the wont at the time. Cynthia Johnson, a local and underrated vocalist joined the band for this record, its album and some more albums but left to seek her fortune elsewhere.

It’s not the kind of record you’d associate with this kind of band – and rightly so. The rest of the album it comes from is very different and perhaps therein lies the key to its success. The solid “I Feel Love” like bass with the beep-beep-beep-beep beep beep-beep-beep-beep-beep providing a hook leading into the vocoder verse with Johnson’s powerful voice picking up the chorus

This record was everywhere this time in 1980 and it lasted waaayyyy into the summer. If in the past you’ve dismissed it … why not give it another go?

(Note that Cynthia Johnson does not appear in this video).