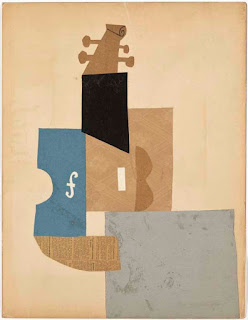 Picasso didn't just draw on paper — he tore it, burnt it, and made it three-dimensional. From studies for 'Guernica' to a 4.8-metre-wide collage, this exhibition brings together more than 300 works on paper spanning the artist's 80-year career.


Installation views of the Picasso and Paper exhibition at the Royal Academy of Arts. © Succession Picasso/DACS 2020.


Here's a reminder of the original exhibition Press Release

Bringing together over 300 works and encompassing Picasso’s entire prolific 80-year career, this ground-breaking exhibition will focus on the myriad ways in which the artist worked both on and with paper, and will offer new insights into his creative spirit and working methods. 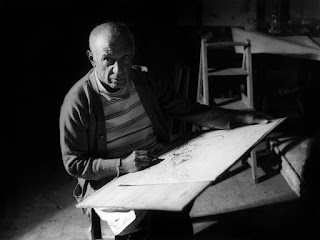 One of the most important artists of the 20th century, Pablo Picasso (1881-1973) worked across a range of mediums including painting, sculpture, ceramics and graphic arts. He also invented a universe of art involving paper. His prolonged engagement with the medium grew from the artist’s deep appreciation of the physical world and his desire to manipulate diverse materials. He drew incessantly, using many different media, including watercolour, pastel and gouache, on a broad range of papers. He assembled collages of cut-and-pasted papers; created sculptures from pieces of torn and burnt paper; produced both documentary photographs and manipulated photographs on paper; and spent decades investigating an array of printmaking techniques on paper supports. 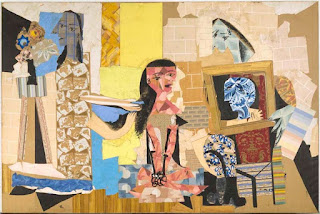 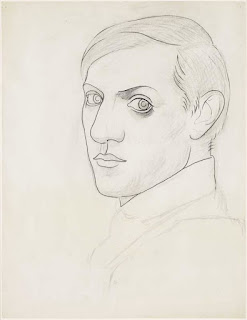 Picasso’s drawings, including Self-portrait, 1918 (Musée national Picasso-Paris) and Seated Woman (Dora), 1938 (Fondation Beyeler), will be fully presented throughout the show. These will feature alongside key examples of the variety of printing techniques that he explored – etching, drypoint, engraving, aquatint, lithograph and linocut – such as 'Le Déjeuner sur l’herbe' after Manet I, 26 January – 13 March 1962 (Musée national Picasso-Paris). 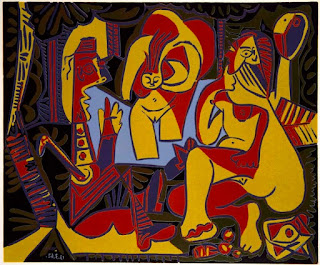 Throughout the exhibition, a sequence of unfolding themes will contextualise the paper works, which will be displayed alongside a select number of closely related paintings and sculptures. For example, Picasso’s great masterpiece of the Blue Period, La Vie, 1903 (Cleveland Museum of Art), will be displayed with preparatory drawings and other works on paper exploring corresponding themes of poverty, despair and social alienation. Picasso’s Cubist bronze Head of a Woman (Fernande), 1909 (Musée national Picasso-Paris) will be exhibited together with closely associated drawings. The monumental sculpture of the war years, Man with a Sheep, 1943 (Musée national Picasso-Paris), will be displayed together with a group of large ink and wash drawings that amplify the sculpture’s emotional resonance. 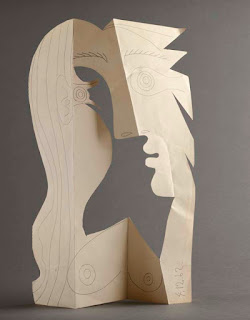 A focused section within the exhibition will examine the materials and techniques used by Picasso over the course of his career. This will include an early woodcut printed by hand using a salad bowl as the block, the collaborative photograms he made with Dora Maar and later with André Villers, as well as experimental graphic works and illustrated books. A display ranging from newspaper and envelopes to antique laid papers with distinctive watermarks will demonstrate the different papers Picasso used, while the astonishing array of ephemera he kept - personal letters and cards decorated with drawings - will also be represented. 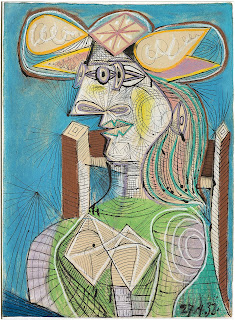 The film Le Mystère Picasso of 1955, a remarkable documentary recording Picasso drawing with felt-tip pens on blank newsprint, will be shown alongside original drawings made for the production. The closing section focuses on Picasso’s last decade which saw the final flourishing of his work, particularly as a printmaker. Drawings and prints will be shown together with a series of copper plates, as well as Picasso’s printing press from the period. 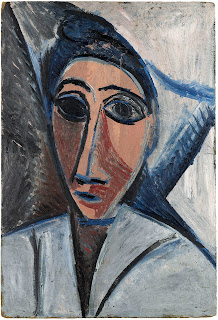