Turn That Noise Down - Lloyd Cole 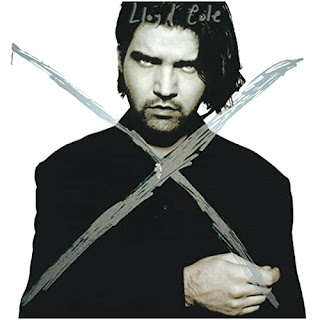 So many well-known albums turn 30 this year and Steve Taylor-Bryant and Susan Omand travel back to 1990 to revisit some of the sounds of their youth that made parents shout "Turn that noise down!" This week, Susan creates a commotion about Lloyd Cole...

Well, yes and no. Don’t Look Back is very laid back and ballady, with twangy guitars and electric keyboards it could have been late 80s Deacon Blue. No Blue Skies is one of three singles from the album, none of which even scraped into the top 40, and reminds me very much of Roy Orbison in the vocal but the keyboards muddy what could have been an interesting track. Loveless is lacklustre, feeling too schmaltzy, and Sweetheart at least picks up the pace a bit, trying to be rock and roll with the voice over a decent twangy guitar, although it’s again diminished too much by the addition of dated keys. To The Church is very Dear Prudence-y, A Long Way Down is very Dear Jessie-y, Ice-cream Girl is Deacon Blue’s Chocolate Girl by any other name and Downtown, far from being a cover of the Petula Clark classic, is a soft rock 80s cliché.

Cliché too is the watchword lyrically. Far from the complexity of Lost Weekend, these songs are a lot simpler in both construction and execution. Cole is quoted as saying that “I think you have to be a better writer to use the obvious, and still make it sound fresh” and that, I think, is the issue. It doesn’t sound fresh, but it also doesn’t sound like the Lloyd Cole tracks I remember from the mid-80s because he’s trying too hard to be different to the band but ends up sounding like other people. If I’d heard the tracks without knowing who it was, I wouldn’t know who it was, if you see what I mean.

However, I feel like I’m being very harsh on what was essentially his debut solo album and his attempt to find a new direction musically; I definitely don’t hate the album, it’s just not jaw-droppingly brilliant either. It’s wallpaper. I feels to me like, after being constrained so much by the “committee-ness” of working in a band, he maybe tipped too far over into being a self-indulgent fan letter to his own musical influences. For me, the album suffers from not being experimental enough to be a new and exciting sound but also not being the same enough to appeal to fans of his earlier work with The Commotions.

The second track, What Do You Know About Love, is probably my favourite on the album, with a heavier bass that makes you sit up and take notice after that mushy first song, and sparks of the intelligent depth of lyrics that the Lloyd Cole I remember from the 80s was so good at.