Turn That Noise Down – Inspiral Carpets 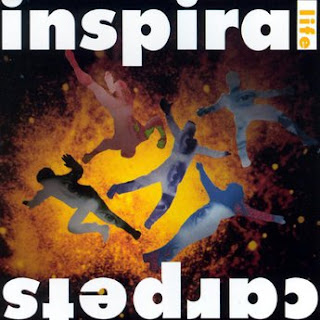 So many well-known albums turn 30 this year and Steve Taylor-Bryant and Susan Omand travel back to 1990 to revisit some of the sounds of their youth that made parents shout "Turn that noise down!" This week, Steve revisits Life, Madchester, and the Inspiral Carpets…

1990 in hindsight was a strange year. The whole world had been bleached vanilla by the Stock, Aitken, and Waterman style pop that ended the 1980’s and there seemed to be a revolution of palette cleansers happen all at once. There was acoustic, there was funky things, there was a ‘back to basics’ garage vibe, both with the birth of grunge over the pond in the US and with the birth in this country of the ‘Madchester’ scene. Music became more about experimenting with sound than it did with autotune and over production and, of all those Madchester bands that bridged the gap between pop and Britpop that would follow, it was the Inspiral Carpets that spoke to me more than the others. Everything on Life was just what I needed at the time, although my feelings for this album do taint my view as to whether it has aged well or not. Life had punk sensibility; it didn’t care about tuneful vocals, it just cared that the words were heard. It had a garage vibe mixed with the psychedelic organ sounds of the 1960’s and there are certain tunes on Life where I had to check Wikipedia to make sure it wasn’t Ray Manzarek playing them as Inspiral Carpets were as much part The Doors as they were any other influence.

As for highlights they vary dependent on the day that I am listening. I remember thinking Real Thing was the track that opened the band up for me back in the day and, whilst I still love that track, I now gravitate towards Directing Traffik and the short Inside My Head. I love the Aerosmith element with the inclusion of Monkey on My Back but done in a way that only a British band could do.

As I said above, I really do not know if Life has aged well. I have no comparison really as I don’t listen to other Madchester scene acts, there are no records by The Charlatans in my collection, I haven’t listened to the Stone Roses since the decade in question, and I’m not sure I ever really listened to the Happy Mondays, so it's difficult to sit here as I should be and tell you whether Life is still relevant or plays well. What I can say is sometimes doing this segment for AlbieMedia I have good days and I have bad; this was definitely a good day.