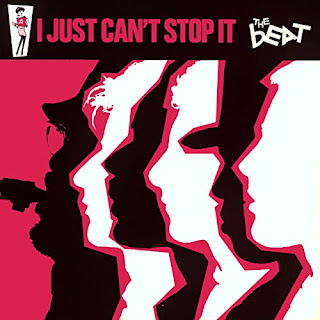 Inspired by our series of articles looking back at music released 30 years ago, Jimmy Hunter takes a step further back in time to give us a Song of the Day 1980. This week, you can watch yourself while you are eating...

Well, I could leave it there and just let you listen to the record I’ve picked. But I’ll not do that and I shall provide some words to educate and entertain [Are you well? – Ed]. I love 2 Tone and this week’s pick comes from a great band and hopefully provides a tribute in some way.

Ranking Roger joined The Beat to record last year’s (1979) hit, a cover of Smokey Robinson’s Tears of a Clown and it was brilliant. He’d sang (toasted/rapped) previously with a number of Ska artists including one of my all-time favourites, Desmond Dekker and was asked to join the band specifically for that record but then hung about for a while. Tragically, he died at the age of 56 just over a year ago.

Unfortunately he doesn’t feature on today’s pick [So where’s the tribute??? – Ed] but it’s still a great record and very reflective of the time. 2 Tone grew out of a political rebellion against the hardship of the late ‘70s and lightning fast, almost instinctively, took agin the Tories and their 1979 election win.

Listen to the overall sound of this record. The sound is a feeling, something almost visible, a very clear description of what 1979/1980/1981 was like. What if felt like. Listen to the saxophone, almost melancholy in its accompaniment and echoing the lyrics that describe someone with no money and no job – no prospects and a life on the dole to look forward to.

Listen carefully to the sound and the words of Mirror In The Bathroom by The Beat.

Whilst you can listen, and watch, the original here, have a look at a great performance by Roger and his son and you get Ranking Full Stop thrown in for free!!