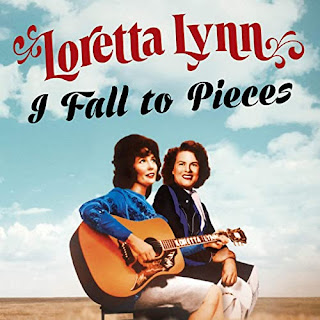 Loretta Lynn has released a new version of Patsy Cline’s ‘I Fall To Pieces’ ahead of her forthcoming memoir, “Me & Patsy Kickin’ Up Dust”, which pays tribute to her late friend and fellow country music icon...

Produced by her daughter, Patsy Lynn Russell, along with John Carter Cash, ‘I Fall To Pieces’ finds the 87-year-old singer sounding better than ever. The single marks the ‘Coal Miner’s Daughter’ artist’s first new music since her 2018 Grammy-nominated album, Wouldn’t It Be Great.

Interestingly, ‘I Fall To Pieces’ is actually what brought the two Nashville greats together in 1961. Written by Hank Cochran and Harlan Howard, Cline’s rendition of ‘I Fall To Pieces’ hit the top of the Billboard country chart in August 1961, and would go on to become one of her best-known tunes. Lynn, who was an up-and-coming country singer at the time, performed the song on The Midnite Jamboree, catching Cline’s ear. The two met soon after, quickly forging a close friendship. Cline took on a mentor role with Lynn – helping her with everything from business advice to stage technique, and teaching the young singer how to survive in the male-dominated country world.

Their remarkable friendship – which was cut short in 1963 when Cline tragically died in a plane crash – is documented in Me & Patsy: Kickin’ Up Dust, available in the US from tomorrow from Grand Central Publishing (14th May in the UK). Penned by Lynn, along with her daughter, the book has been described as, “An up-close-and-personal portrait of a friendship that defined a generation and changed country music indelibly – and a meditation on love, loss and legacy”.

Lynn, who would go on to become one of country music’s biggest stars, was devastated after the death of her friend. Nearly 15 years later, she was finally able to heal and break her silence with the 1977 tribute album, I Remember Patsy, which featured Lynn’s first recording of ‘I Fall To Pieces’.

Though she was only 30 when she died, Patsy Cline was a hugely successful country artist, a celebrated vocalist and one of the first stars in her genre to cross over into the mainstream pop charts. Cline’s eight-year career spawned such hit tunes as ‘Walkin’ After Midnight’, ‘She’s Got You’, and her signature song, ‘Crazy’. Highly influential to generations of artists to come, Cline also paved the way for countless women in country music, and stood as the first female artist to be inducted into the Country Hall Of Fame.