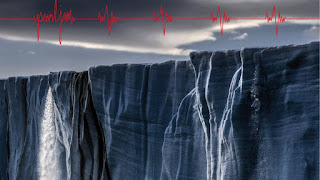 Steve Taylor-Bryant shares his thoughts on Pearl Jam and their new album Gigaton...

‘Love notwithstanding, we are each of us fucked’

I like Pearl Jam, I always have; but not love. I am not sure why they don’t hold the affection for me as maybe Alice in Chains or Nirvana do, maybe it’s because they are still going and after decades of recording, they feel they have to reinvent themselves too much? Maybe it’s because, like the fanbase that started with them all those years ago when Ten was released, we have slipped into middle age and the revolution of our youth is a more comfortable sweater and just swearing at the television now rather than putting our over exuberant youthful energy into something worthwhile? Seven years ago, when Pearl Jam released their last studio effort, Lightning Bolt, I think this was definitely the case. But as time has passed since then Pearl Jam seem to have rediscovered the angst that filled those early releases and, whilst they are now older, more wise, and play a lot more acoustically than they did in the 1990’s, in Gigaton they have managed to make this middle aged fan feel like he did when he first listened to Vitalogy, still my favourite PJ record.

Vitalogy felt and sounded like a Pearl Jam record and, whilst Gigaton really doesn’t, they share a sensibility. I say 'doesn’t' not as an insult, I am not sure I would want Vedder et al reproducing Vitalogy today, but Gigaton contains the feeling of Vitalogy whilst varying its style song to song. There is such a mixture of different styles that purists may not ‘get’ it but, underneath, songs that sound like Bruce Springsteen, singles that are more electronic than PJ have ever dared sound, is Vedder’s unique voice and the bands natural ability to take the pulse of society and reproduce that in its lyrics. It's anti-Trump, it's escapism, it's despair and yet hopeful, it's everything to everyone and yet unique to the individual listener, but most importantly it is full of highlights, unlike Lightning Bolt.

Every PJ fan has things they love the band for and mine is the ability to make a guitar driven rock record that still sounds fresh yet still pay tribute to the shoulders of the giants on which the band stand. They can produce slices of genius that are distinctly Pearl Jam and yet Led Zeppelin at the same time, proved within my ultimate highlight of the album Quick Escape. Whilst I like Dance of the Clairvoyants and applaud the band's risk, I find Superblood Wolfmoon and Never Destination more to my liking, in fact Never Destination would have fitted on Vitalogy lovely.

Gigaton is not a return to former glories for Pearl Jam and I am sure that is not what the band was aiming for anyway, let’s face it Pearl Jam have always been a law unto themselves, but as a long-time fan I am certainly pleased as punch with Gigaton and maybe I should stop comparing every album with Vitalogy.