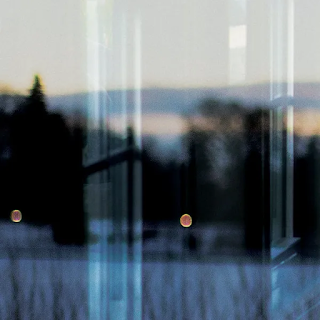 As well as our SotD songs that we think you should listen to, there are also full albums that fit the bill; bands you may not know, music you avoid without trying it or albums that maybe just passed you by. Jon Britton thinks you need to hear The Greatest Need by Driftless...

I’m probably the last person who needs to tell you COVID-19 is a scary thing; it’s a fact which has no doubt been hammered into your consciousness incessantly during the past few months, through both the media and the very-real situations of anxiety, loss and grief it’s caused around us. Amidst the modern turmoil, music artists have been struggling big time due to show cancellations and studio shutdowns. Bandcamp attempted to alleviate this problem on March 20th, dedicating the day to giving all purchase revenue to the respective artists, rather than taking their own cut, and causing fans worldwide to purchase almost $4.3 million worth of music and merchandise. While a great gesture which no doubt helped artists, many were still giving out their music digitally for reduced prices or even for free (including the likes of La Dispute, The Algorithm, Turnover, Wormed and many, many others) for bored music-lovers stuck indoors in self-isolation, be it for a temporary time-frame or for the foreseeable future until the pandemic settles.

This brings us to the relatively-unknown post-rockers Driftless. While this was under-way, Driftless released their debut record, The Greatest Need, also on March 20th, which I stumbled upon pretty much by accident during one of my common treks across Bandcamp; the cold, non-pretentious album cover catching my eye, reminding me of American Football’s LP3 from 2019 (one of the most notable releases of that year). It’s worth noting for fans of said record that The Greatest Need, while being instrumental, does indeed captivate the same fervent, winter-mood of Kinsella and co.’s third outing. More on that later.

But why bring up COVID-19? Well, after three years in the making, Driftless have released their 2020 full-length with the promise of all revenue going towards the World Health Organization's Solidarity Response Fund in order to help out with the pandemic. A noble gesture, considering the aforementioned financial difficulties for music artists the world over. 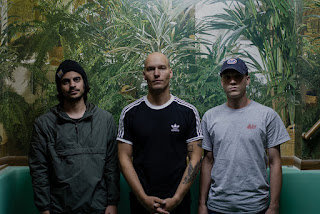 First, a bit more on the band. Having been active since 2015, the Minnesota trio released their debut EP, Still, in 2017, and having visited the album prior to this article, it’s clear that they’ve got the introspective, alluring soundscapes of their genre down to a T. Despite all the songs of their EP being under six-minutes, Driftless displayed their mature approach to songwriting and variations in sound, gradually progressing from twinkling, melancholic passages into more distorted guitar chords reminiscent of post-metal, with tracks like Birthright and Passage finding a comfortable level of heaviness amidst the misty atmosphere. However, it was their more subdued melodies brought back a certain nostalgia for me, one which I usually find within mellower cuts from the Midwest-emo genre, or from the Scottish post-rock masters Mogwai. However, despite these positive words, I felt the band were holding themselves back by squeezing too much into tracks that were too short, with their pensive atmosphere practically begging to be given more room to breathe.

The Greatest Need rectifies this problem immediately, boasting three ten-minute post-rock epics across the album, two of which are upfront in the five-song tracklist. The opener, Willing, settles in at a doleful pace, with a gentle piano melody taking centre-frame before progressing into coruscating, bending guitar chords midway-through. The song then reels back, allowing Driftless’ brand of twinkling post-rock to play off growing piano and synthesiser lines, along with subtle-uses of string instruments, before fluctuating back into bursting post-metal. In a way, it reminds me of something blackgaze-artist Unreqvited would do on Mosaic I (2018); those familiar with his material will find much to enjoy here.

I have no reservations in stating my love for the following track, Nothing, which boasts some of the most poignant and nostalgic guitar lines on the album, at times reminding me of Japanese post-rock veterans Mono. The song is progressive and soaring, consistently emotional without being destructive or overly-sombre. Distant, distorted chords provide the backing while reverb-drenched picking lulls us into the meditative atmosphere. Driftless’ sound is at its best throughout, with the loud and quiet moments seamlessly melding together, with the listener accepting both as soothing and without major contrast.

Burden is more of a throwback towards their first release. While being considerably shorter and having a fairly “interval” feeling to it, it boasts the most interesting drum patterns out of the tracklist, having a certain math-rock tinge (while remaining fairly laid-back) until ambience engulfs the track in the second half, with more gorgeous piano-melodies coming into play.

The consistent mood throughout these tracks can, in my eyes, be attributed to the aforementioned American Football LP3; the same chilling but nostalgic feel is very much present, from the album cover to the production and the various guitar patterns, reminding me of cuts like Silhouettes and Doom in Full Bloom. Perhaps it’s a general feel I got from Driftless’ sense of melody, but it’s a comparison that kept popping up in my head. Certainly not a bad one, as LP3 was a record I very much enjoyed.

Back to the album at hand, Porcelain follows in the footsteps of Willing and Nothing, having a sizeable 9-minute length. Again, Driftless craft their soundscapes with ease; think Valtari-era Sigur Ross, minus the vocals. It does strike me, however, how well the quieter sections fare considering the scale of Driftless’ compositions, with Porcelain perhaps being the best example, with the mid-point and end-point sections being the most memorable. It brings me back to the same praise I could apply to Insomniac Doze by Envy, albeit less bleak. Driftless are certainly emotive, but, as touched upon before, never dispiriting.

The track Everett closes the album. Being the shortest track on the album, it again showcases the same songwriting mentality Driftless exercised on their debut EP; lots of post-rock ideas compiled into a small space. So, unfortunately, my criticisms of said mentality can be applied here. While it isn’t the most unique or compelling of The Greatest Need’s tracklist, it certainly isn’t a bad track, but doesn’t serve as the best closer the band could’ve put together. Perhaps a song dedicated to the record’s quieter moments would’ve been better suited, in my opinion.

Regardless, The Greatest Need is a feast for those with an unwaning taste for twinkling guitars, soaring soundscapes and general post-rock goodness. It’s Explosions in The Sky-meets-American Football, doused in the chilling piano and guitar melodies of This Will Destroy You and Mono, and while some might interpret that as a lack of originality, it doesn’t make Driftless bad at what they do. On the contrary, post-rock will be post-rock, and for those who expect nothing more and nothing less, this record is going to impress and move said audience without disappointment. Despite this, they do wear their influences on their sleeve, which might prove tiring for some, and post-rock purists will be either jaded or delighted that The Greatest Need hasn’t compromised the genre’s sound with any unorthodox experimentation. Either way, it’s indisputable that the album has been released with the best of intentions, and there isn’t a better time to put purchases toward combating a modern disaster.

Driftless have not only raised $500 for their cause to fight CoVid-19, but also crafted an atmospheric opus that’s worth the time of any music-enthusiast with a post-rock itch that needs to be scratched. It’s clear that Driftless care about their sound and the emotion behind their music, despite not taking any daring or unconventional steps. For anyone with a hankering for scintillating, meditative melodies, The Greatest Need comes as a genuine recommendation, as well as a charitable one.

Image - Driftless, Art & Photography by Grant Lillvis.
All album sales through Bandcamp will be donated to the World Health Organization's Solidarity Response Fund.