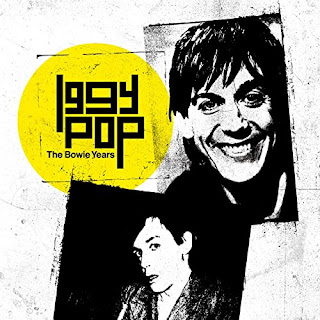 Iggy Pop's 1977 Berlin-era collaborations with David Bowie are celebrated with a new deluxe reissue next month of the CD box set The Bowie Years. Have a listen to the alternative remix of China Girl...


The 7 CD box set, The Bowie Years, exploring Iggy Pop’s Berlin-era albums will be released on May 29th and features remastered versions of The Idiot, Lust For Life, live album TV Eye and rare outtakes, alternate mixes and a 40 page book. Lust For Life and The Idiot will also be released as standalone 2 CD deluxe editions with bonus live CDs on the same date. The box set and albums provide a fascinating insight into the unique creative alchemy that defined the mythical Berlin-era of post punk, and set the wheels in motion for a sound that went on to dominate the world, shaping popular culture for decades to come.

Iggy Pop’s Lust For Life and The Idiot remain two of the most influential albums ever made and still stand as towering behemoths in rock’s upper echelons, their sonic DNA and attitude continuing to influence and inspire new generations of artists to this day. Both albums run through the fabric of artists such as Joy Division, Queens Of The Stone Age, IDLES, Fontaines DC, R.E.M., Depeche Mode, N.I.N., Nick Cave, and an ever regenerating crop of new talent.

The first track to be released from the box set is an alternate mix of "China Girl". Originally the second single to be taken from The Idiot in May 1977, this tale of infatuation, often interpreted as an ode to hedonism and Iggy’s former band The Stooges, would go on to become a hit for David Bowie on his Nile Rodgers produced 1983 album Let’s Dance.

Following the demise of Iggy’s seminal proto-punk band The Stooges, and a stint on the road together, Iggy and Bowie moved to West Berlin in 1977 to start work on Iggy’s debut solo album. Inspired by the Cold War era surroundings, and named after Russian novelist Fyodor Dostoevsky’s novel, The Idiot saw Iggy moving away from the guitar heavy punk of The Stooges (and the ubiquitous sound of the era), bringing electronics textures and brooding darkness to the fore. The album was a critical and commercial success, spawning hits including "China Girl", "Nightclubbing", "Funtime" and "Sister Midnight".

On a creative roll, the duo were back in the studio a matter of weeks after the accompanying tour to promote The Idiot finished, recording Iggy’s sophomore solo album Lust For Life. Bringing a rawer rock’n’roll feel back to the fore, Lust For Life spawned two of Iggy’s biggest hits, the titular track and the anthemic "The Passenger". 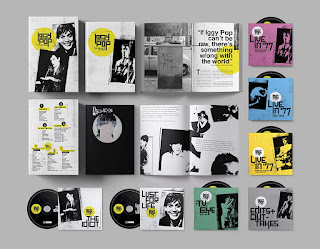 Alongside these two albums, included in the box is a remastered version of the live album TV Eye recorded the 1977 tour in Cleveland, Chicago and Kansas City featuring Bowie on keyboards. There are also three discs of live recordings from March 1977 officially released for the first time - Live at The Rainbow Theatre, London, Live at The Agora, Cleveland and Live at Mantra Studio, Chicago. The set also contains a 40-page booklet with contributions from the musicians who played on the records and famous fans discussing the influence the albums have had on them. A limited edition poster version is available from Udiscover.com.