Turn That Noise Down - Robert Plant 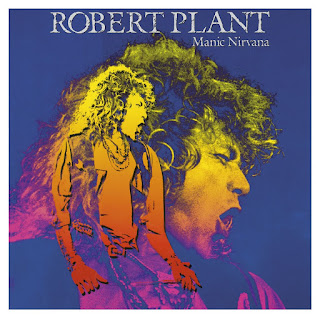 So many well-known albums turn 30 this year and Steve Taylor-Bryant and Susan Omand travel back to 1990 to revisit some of the sounds of their youth that made parents shout "Turn that noise down!" This week, Steve reaches Manic Nirvana...

I’m not sure what I was expecting from a Robert Plant solo record to be honest. I’m one of those people who idolised John Bonham as a drummer but wasn’t an avid fan of Led Zeppelin. I didn’t grow up in the Zeppelin era, I grew up in the bubblegum pop hairspray rock era and any music before the early 1980’s was provided by parents who, it turns out, weren’t particularly fond of Zeppelin or Pink Floyd so I was never really immersed in it.

I listen to Zeppelin of course but, honestly, if Bonham hadn’t have been a drumming god I probably wouldn’t have. So I don’t have all that fan of Zeppelin baggage which is good because I love Manic Nirvana and it’s more bubblegum pop hairspray rock than it is seminal gods of music. It’s full of 80’s sounding Tom toms and synth work and is like somebody took all the best bits of growing up in the decade of the ridiculous and jammed it into one record. I’m not sure or care for that matter what purists think of Manic Nirvana I bloody well love it!

The Nirvana song of the title is pretty much Simple Minds, Big Love is Big 80’s television theme greatness, in fact most songs are so dated that I think I’ll be listening to this album for years to come! I love how unashamedly over the top it is, an album of more highlights than I had in my hair in the years that came after this release, top of the list though are the middle tracks She Said, Tye Dye on the Highway, and Your Mama Said You Cried in Your Sleep Last Night which I genuinely thought was Iggy Pop for second. Marvellous. Dated and ridiculous but bloody marvellous!