Turn That Noise Down - Adam Ant 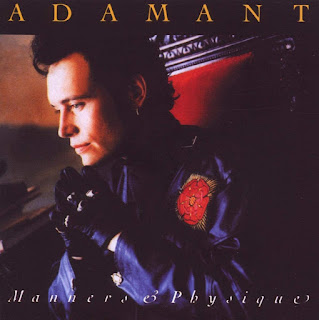 So many well-known albums turn 30 this year and Steve Taylor-Bryant and Susan Omand travel back to 1990 to revisit some of the sounds of their youth that made parents shout "Turn that noise down!" This week, Steve is adamant about Manners & Physique...

What do you get when cross one of Britain’s most loved 80’s pop stars with a Prince? That is the question that 1990’s Manners & Physique posed in its marketing. It was Adam Ant writing and recording with Prince alum Andre Cymone what could possibly go wrong? Especially as Ant’s longtime guitarist Marco Pirroni was involved to keep that Ant Music feel alive, right? Wrong.

What should have been a melding of two epic sounds, the British fun that came from 80’s Ant and that Minneapolis funk from Prince, just didn’t come off. Pirroni can hardly be heard on any of the tracks albeit I kinda heard an Ant Music riff quietly just before the chorus of Room at the Top, and with Cymone trying in 1990 to bring back a sound that died five years previous playing every other instrument what you got was watered down Prince bass lines, over the top programmed drums, and Adam Ant’s distinctive voice barely recognisable from any other 80’s hangover slice of bubblegum pop.


I’d love to tell you that I discovered a gem of an album, a slice of genius lost to us as the 80’s sounded the death knell and the 90’s rose from the ashes but all I actually got was sadness. The Adam Ant of my childhood hadn’t managed to reinvent himself, Prince’s bass player hadn’t reignited a Purple Rain renaissance, they’d both just kind of got lost, two musicians desperately searching for a past long gone.