SotD80 - Souxsie and The Banshees 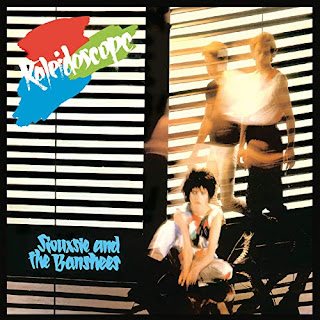 Inspired by our series of articles looking back at music released 30 years ago, Jimmy Hunter takes a step further back in time to give us a Song of the Day 1980. This week, he runs a Happy House...

There’s nothing I can write about this week’s choice that hasn’t been written before [Helpful!! – Ed] so I won’t bother. Rather, I’ll let my choice do the talking for itself, it’s more than capable.

Happy House by Siouxsie and The Banshees. There. I’ve said it. It’s the follow-up to Mittageisen and I’m sure I had interaction with the lovely Albie people about this, perhaps during #NotBaconBits January this year. Who knows? [We do, it's here - Ed] What I DO know is that this is a cracking record.

One thing I love about her songs, her writing, is the relentless attack on suburbia. Sorry Ms Harry, if you’re looking for a rebel then I think Siouxsie Sioux pips you to the post.


And she remained a punk. Don’t ever, in her presence or mine, call her a goth. About 10 years ago, when asked about this in a rare interview, she responded “I’m not a fucking goth, never have been” glaring intensely at the camera. Then she laughed, as if to say “idiot!!”. I laughed too.

Suburbia. This record is a well aimed slap across the net-curtained lives of those who would wash their cars in their driveways before eating too much Sunday lunch. Not a life to which I was ever party but Happy House bubbles delightfully with sarcasm about those semi-detached lives that refused to be ruffled.

This is a great record and very reflective of its time. I’d normally find, or at least try to, an HQ video for you but I found this great clip of the band performing live in 1981. Picture quality ain’t all that but the sound is good. Enjoy …