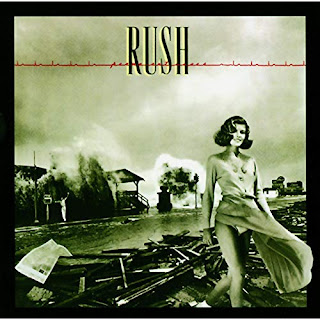 Inspired by our series of articles looking back at music released 30 years ago, Jimmy Hunter takes a step further back in time to give us a Song of the Day 1980. This week, he pours over the Spirit of Radio...

Those of you who’ve ever read any of my mutterings will know of my healthy distaste for (North) American rock. In mostly any form. Never liked it. Nope. Never. Bland guitary blandness. So, dear reader, you’ll be pleased to know that this week’s choice is none other than Spirit of Radio by Canadian rockers, Rush.

Overnighting with my relatives, my cousins had the wireless playing one Saturday morning and this record came on, and I loved it. Oh I thought I was going to be awfully knowledgeable about “stuff” when I got to Canada later in the year but … wait, I genuinely liked this record. Actually still do. Quite a lot.

There are two main hooks and one of them is Geddy Lee’s vocal. For such a high pitched singer I find there’s a power to his voice and no squeakiness which can happen quite a lot. Even when you watch/listen to him sing in recent years, neither his face, body or voice seem to have aged at all.

The other main hook is chorus:

Towards the end of the album version we then have a reggae dub that goes into full guitar and then back to reggae again. It’s really a remarkable record and not surprisingly is the band’s commercially most successful single, winning several awards.

Bland guitar blandness, well not quite in the case. And for the guitar fans out there I found this – in the not too distant past a live version of the record with a 6 minute guitar intro!