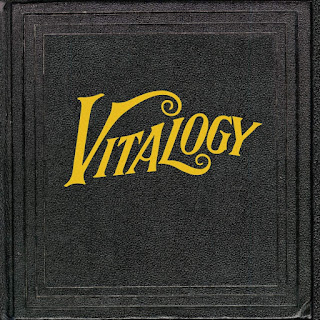 David Ames shares some of the songs that have played an important part in his own personal soundtrack. Today he lives for Immortality...

Pearl Jam is just one of those bands where everything seems to click with me; the dueling guitars of Mike McCready and Stone Gossard, the heavy and perfectly articulated bass lines of Jeff Ament, the drumming of Matt Cameron (although for today’s song it was Dave Abbruzzese), and the unmistakable and immediately recognizable voice of Eddie Vedder speak to me on a spiritual level. They have been one of my top bands since before high school and Eddie Vedder is, in my humble opinion, one of the greatest lyricists of all time.

“Immortality” is not one of their more known songs but it has always resonated with me on a deeply personal level. It isn’t flashy or fancy as some of Pearl Jam’s other, more well-known work is, but it has a sort of vulnerability only seen on songs like “Indifference” or “Garden.” The song is a slow-burn of simple guitars with blues-laden solos overtop of strummed instruments. Abbruzzese finds a pocket in the music and lays it down to keep the slow song driving forward. The chorus is very reminiscent of what would later become commonplace for Pearl Jam on albums like No Code and Binaural. Eddie Vedder’s lyrics are very withdrawn and quiet. There is none of the famous angst and energy found in PJ’s larger discography. Instead we are given a powerfully understated performance where the lyrics stand foremost.

Vedder begins the song with lines that are dark and introspective and set the mood for the track to come, saying, “Vacate is the word. Vengeance has no place so near to her. Cannot find the comfort in this world.” The song builds up through the chorus and a sense of feeling lost or out of place permeates the entire song. While this isn’t one of their most popular or well-known tracks, “Immortality” is my favorite Pearl Jam song.