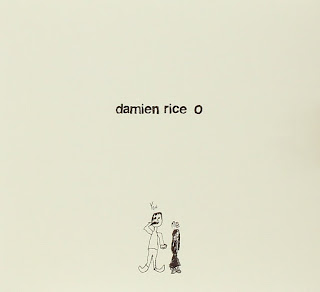 David Ames shares some of the songs that have played an important part in his own personal soundtrack. Today, he remembers Damien Rice...

That’s right Susan and Steve – Damien Rice will be making a few appearances in this series of articles. I discovered this album at a very tough time in my life. I was going through a pretty serious breakup for a longtime girlfriend; I was 19 and angsty and also suffering from a very serious, non-joking depressive episode. This entire album reads like a roadmap for my emotions which isn’t great considering Damien Rice bottles angst and sadness and self-importance with every album.

This song though, is without a doubt my favorite of Rice’s. It is sad and angry and bitter and everything else that you feel when you experience relationship problems. It starts slow with Lisa Hannigan reflecting about how strong the relationship used to be and then as she trails off, Damien Rice comes in with more anger and bitterness. The song talks of how the man has made the mistake but that he is still hurt by the outcome. By the end of the song he is singing at the top of his register, belting out “I want to hear what you have to say about me. Hear, if you’re going to live without me,” suffering the pain of loss and responding in turn with bitterness and hurt.

While I wasn’t the one who caused the breakup or the hurt, I understood fully the emotions of the work and, regardless of what SOME PEOPLE will say, this album broke something in me that I can never get back. THAT is why it was and still is so important to me. I can’t hear the frantic ending of this song without getting chills, belting out notes, and probably crying to this day.