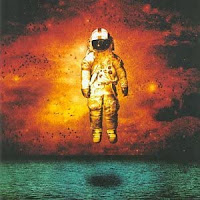 In an effort to further her musical education, Susan Omand has been set "homework" of listening to albums released after the 1980s that she has missed out on. This week she tries something Brand New...

Just checking back through the Educating Omand archives and, yes, Brand New is… erm… brand new to my listening list. However, Brand New also seems to be a band close to the heart of Mr Ames (my #EducatingOmand music chooser for this year) so it’s no wonder I thought I’d heard of the album Deja Entendu before [I see what you did there – Ed]. Let’s give it a whirl then shall we?

Before I get into listening to it though, a couple of things. Firstly, the artwork which is gorgeous and by award winning designer Don Clark of Invisible Creature fame. And, secondly, I have to make mention of the track titles. I thought they were interesting and innovative but, apart from Guernica, I didn’t really pick up on many of the pop culture references until I read the wiki page. OK I also recognised the Jaws Theme name but missed the quote and know who both Elvis and Maradona are… oh, and I thought Tautou was about that Russian band that had a one hit wonder back in the day, but apparently they were t.A.T.u and this track is named for Audrey Tautou the actress. Ah well.

Anyway, it is Tautou (the track, not the actress) that opens the album with string squeaks and gentleness, lulling you into a false sense of Pink-Floydian dwam before Sic Transit Gloria...Glory Fades fades up and sets the real tempo for the album. For some bizarre reason it reminds me of Britpop but with an American twist – lyrically dense but musically simple with breathy verses and shouty choruses. I Will Play My Game Beneath the Spin Light is next and it, again, is very much of its time – lots of words and, for me, not many pictures but this time we have an Ed Sheeren-level catchy chorus that I found myself humming along to. Okay I Believe You, But My Tommy Gun Don't is next and the squeaky strings are back behind the breathy verses this time. And so it continues, on and on, track after track belying the cleverness of their titles until they all kind of blended into one and I mentally wandered off and did something else while it played in the background, not bad, not offensive but not holding my interest either…

Good to Know That If I Ever Need Attention All I Have to Do Is Die.

Bloody hell, what a song! The second last track on the album, it, literally, stopped me in my tracks and made me check that I was still listening to the same band because it is so totally different to the rest of it. The guitars are echoier, it has that same electronic slide at the start as the first track, Tautou, making me think, again, of Pink Floyd – and I would have said I could hear David Gilmour playing this… but then the riff in the middle 8 kicks in and it’s not Floyd at all, it’s The Eagles. To be specific it’s Hotel California. Note for note. And I loved it. So much so that I went back to listen to the whole album again to see what I had missed first time through…

So, am I educated this time? I’m tempted to say no because I still think I must have missed something in the nine songs before the one that grabbed my attention, otherwise Mr Ames wouldn’t hold the band in such high regard. By the way I did get to the last track on the album eventually and it’s okay too, a bit repetitive and round-robin-y, although it also reminds me a bit of Del Amitri when they went acoustic and that’s not a bad thing.

But it’s not a patch on Good to Know.