Turn That Noise Down - KLF 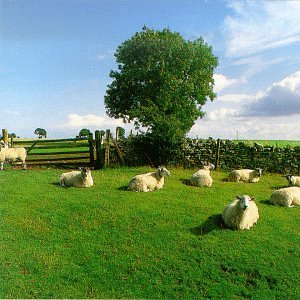 So many well-known albums turn 30 this year and Steve Taylor-Bryant and Susan Omand travel back to 1990 to revisit some of the sounds of their youth that made parents shout "Turn that noise down!" This week, Susan chills out...

Where do I even begin in trying to write a coherent article about Chill Out? There's not a "song" in it, it's all swooshy synth, wobbly guitar and ambient soundscaping, with the odd game of Spot the Sample... and I utterly adored it from the moment I heard it.

I would really love to say that this was the album that introduced me to the KLF but it wasn't, my gateway drug was 1991's The White Room but I backtracked soon after and I have now devoured anything and everything that Jimmy Cauty and Bill Drummond have done, in any medium, together and separately, before and since. I am in awe of their genius.

So what's so great about Chill Out if it's not an album of well-known songs that you can dance or hum along to then? To be honest you just have to experience it for yourselves as I think everyone's interaction with this work of art would be different.  From the radio static and time-check beeps at the start, through the train noise and bird song, crashing waves and twangy pedal steel guitars and the oh-so-atmospheric synth, to the inexplicable Russians and the bombs at the end, Chill Out is purported to be one continuous all nighter road-trip from Texas to Louisiana, or, at least, that's what Cauty and Drummond said once it had all been recorded (I don't think it set out to be that way) and, listening to it again with that in mind, yes that works. It is so easy to imagine taking a big American gas-guzzler car down the long straight roads, through oppressive landscapes, past vast farmland and one-horse towns under huge beautiful skies. Along the road there are tape-loops of radio broadcasts; an evangelist preaching, a pushy salesman, reports of a fatal road accident, interspersed with highly recognisable samples of songs like the Elvis hit In The Ghetto, Fleetwood Mac's Albatross, even Acker Bilk's Stranger on the Shore makes an appearance.

Acknowledged as one of the first Ambient concept albums I find it redolent of Kerouac, Steinbeck and Thompson, with that freaky dream-filled other-worldliness of an epic once in a lifetime trip (in all senses of the word) - the Beat Generation gloriously re-imagined.

Not bad for a couple of blokes in the basement of a south London squat in 1990. Not bad at all.