Turn That Noise Down - Everything But the Girl 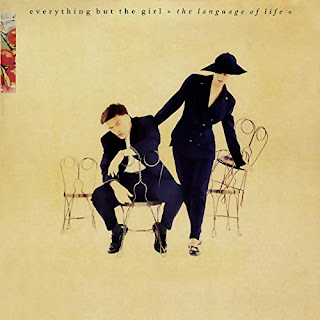 So many well-known albums turn 30 this year and Steve Taylor-Bryant and Susan Omand travel back to 1990 to revisit some of the sounds of their youth that made parents shout "Turn that noise down!" This week, Steve learns The Language of Life...

Two things stood out for me when I got this album for review (I didn’t already own it) firstly - this was Everything But the Girl’s fifth album and I genuinely thought it was their second and secondly - this is not what I thought Everything But the Girl sounded like. It turns out I was sort of right on the second point as this is most definitely not the same sound as I experienced on Love Not Money, which I thought was their first and preceding album which is actually their second and was released five years before The Language of Life, and I’m glad because I remember not really enjoying the jingly jangly sound of Love Not Money but I adore The Language of Life which was almost Jazz with some pop and soul moments and was brilliant from first track to last.

Driving, Meet Me in the Morning, and Imagining America are three tracks that stand out from the ten very polished tunes and the added influences of Stan Getz and Michael Brecker help give the listener a consistent hour of modern jazz pop that is pleasing on the ears and warming in the heart. There’s also a cover of Womak and Womak’s Take Me which was one of only two singles released from the album, the other was Driving.