Turn That Noise Down - The Beautiful South 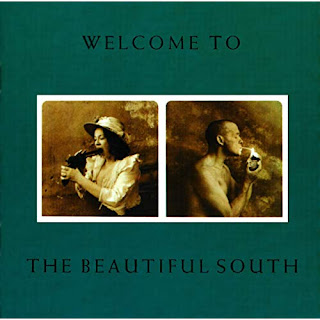 So many well-known albums turn 30 this year and Steve Taylor-Bryant and Susan Omand travel back to 1990 to revisit some of the sounds of their youth that made parents shout "Turn that noise down!" This week, Steve bids Welcome to the Beautiful South...

There was some date discrepancy over whether this album was available in late 1989 or early 1990 and the only way to resolve the issue, without either tossing a coin or doing heavy research, was to drag out some memory I had hidden of when I actually purchased it. Well, I bought it as a Valentine’s gift to myself in 1990 so that’s why we are reviewing it in February 2020. Don’t feel bad for me, I may not have had a girlfriend in 1990 but I was happy, I got a Beautiful South record and didn’t have to buy anything with hearts or glitter on it for somebody that would only break my heart anyway so I did okay. As for the album? Certainly one of the better ones released that year that I spent my own money on. I had loved The Housemartins as a younger child but obviously in 1990 I was a fifteen year old, all grown up and knowing what life was about and ready for more mature themes and… wait! Did this melodic song just contain the lyric “He’d enjoyed the thought of killing her before”?

That was the main take I got from Welcome to the Beautiful South. The songs were catchy, harmonious, a little poppy yet a bit jazzy and very similar in style to some of The Housemartins' stuff years previously but, my word, the lyrical content on this album and the delivery, primarily by Paul Heaton, was stunning. I wasn’t expecting what I heard, I still don’t expect certain lyrics even after listening to them for thirty years, and yet delivered in a highly consumable way. The Beautiful South for me changed what a popular song could be. If they sang about love it wasn’t some cheesy regurgitated nonsense from a love album, it was real life “do you like me because I like you?” stuff. It was sarcastic, it was cynical, it was often brutal but it was always melodic and in no way was any of it stupid. It was a learning experience listening to songs like I’ll Sail This Ship Alone, Song For Whoever, and Oh Blackpool. It was enlightening taking on tracks like I Love You (But You're Boring) and Woman in the Wall.

My favourite track though just happens to have the best video to accompany it and lyrics like “When all I wanted to do was knife you in the heart” and “Midnight, a husband getting ready to fight, a daughter sleeps alone with the light”. You Keep It All In. You're welcome!